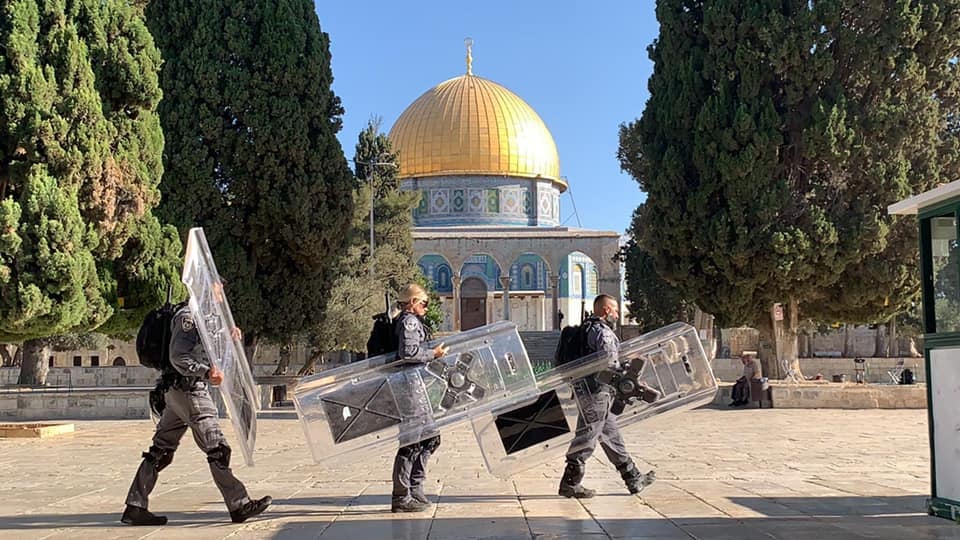 Occupied Jerusalem – Israeli occupation forces have brutally assaulted Palestinian worshipers in the courtyards of Al-Aqsa Mosque in the occupied city of Jerusalem on Sunday while allowing settler raids of the Mosque.

The Israeli forces were seen brutally attacking and beating Palestinian youths and women simultaneous with the extremist settler raids of the mosque.

The forces have also detained over 10 Palestinians, including two women

Since Sunday morning, more than 1200 Israeli settlers have raided the mosque under the occupation forces protection.

Photos documenting some of the damage resulting from the Israeli attack today on the Al-Aqsa Mosque compound in occupied Jerusalem.#SaveAqsa #IsraeliTerrorists pic.twitter.com/MUe6dwQql0