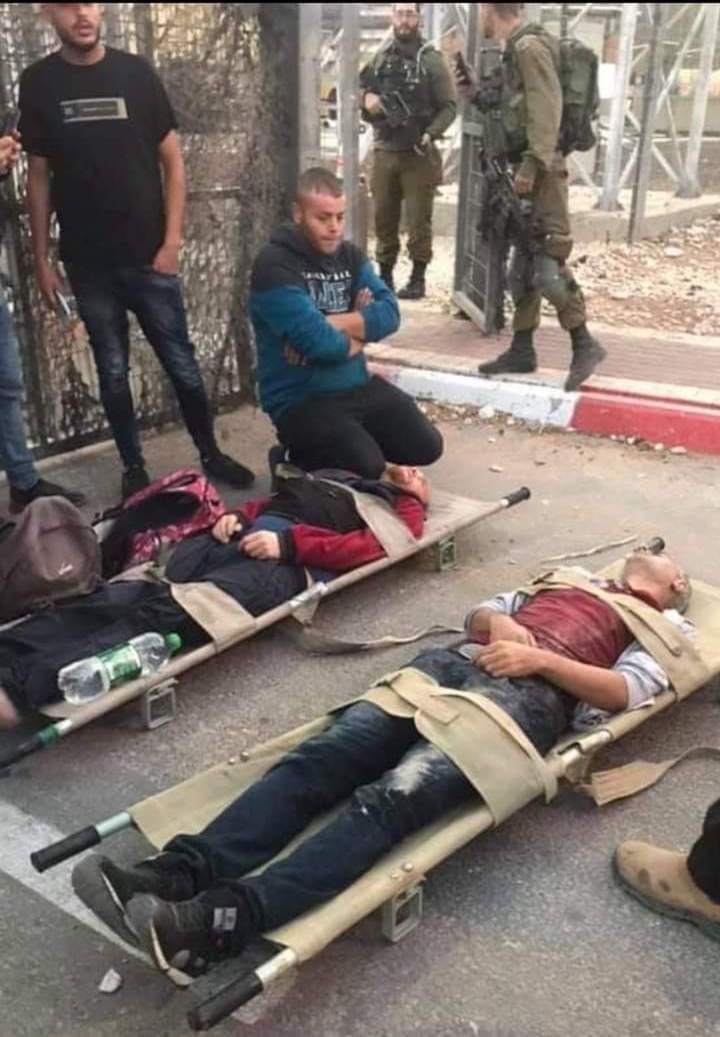 Hebron – Israeli occupation forces on Thursday morning attacked Palestinian workers by firing tear gas canisters directly towards them while they were heading to work, at Tarqumiya crossing in Hebron city in the occupied West Bank.

Local sources said that several Palestinian workers suffocated by tear gas canisters fired directly towards them by the Israeli occupation forces at Tarqumiya crossing, as they were heading to their workplaces in the Israeli-occupied Palestinian territories earlier today.

Due to the lack of job opportunities in the occupied West Bank, some Palestinians are forced to look for employment in Israeli-occupied Palestine in order to make a living.

However, entrance into the Israeli-occupied Palestine requires that Palestinians from the West Bank apply for entry permits, which are virtually impossible to obtain.

As a result, Palestinian workers from the West Bank regularly attempt to cross the apartheid Wall or such crossings, that lead to their work, without a permit, putting them at risk of being arrested, assaulted and attacked by Israeli occupation forces.

Since 2002, ‘Israel’ has been constructing a wall that stretches for more than 700 kilometres, annexing Palestinian land inside the occupied West Bank. This wall is known as separation wall or apartheid wall.