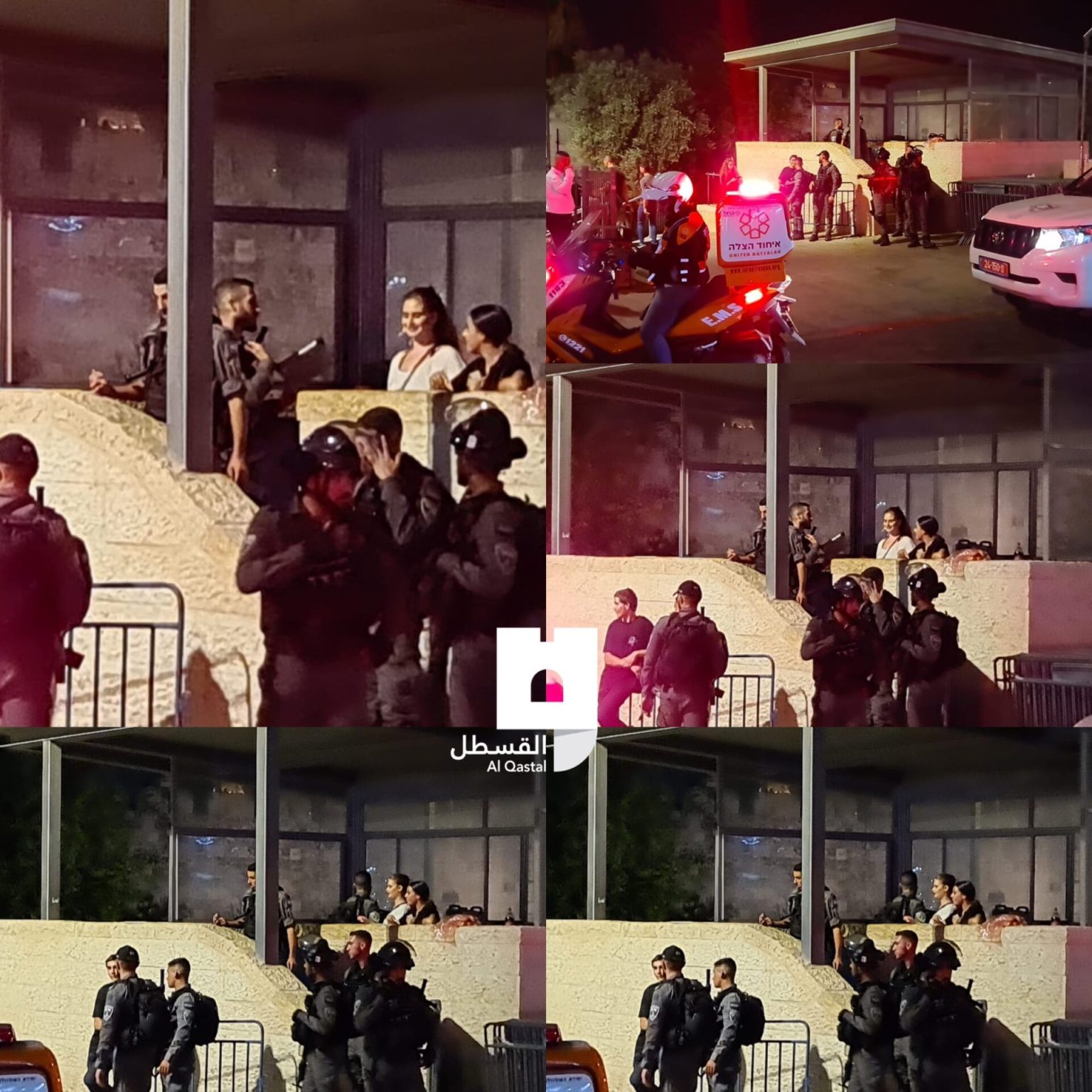 A Palestinian young man was reportedly arrested by the forces after they brutally beat him.

Several others also suffocated with tear gas fired at them by the occupation forces, including an infant.

Palestinians last night raised the Palestinian flags over Bab Al Amud, in response to the Israeli settlers provocation, as settler groups have called for a massive raids into Al Aqsa mosque on Sunday amid Muslims’ holidays to mark the so-called ‘Tisha B’Av’, a fast day which marks ‘the destruction of the Temple’, as zionists believe.

However, the planned raid will be on the 8th of Dhul Hijjah, one of the holy pilgrimage days in Islam.

Extremists groups also called for protests in the Old City on the same day.

Settlers’ raids have increased during the last two weeks. An average of 200 fanatic settlers breaks into the holy mosque on a daily basis, according to the Directorate of Islamic Waqf.