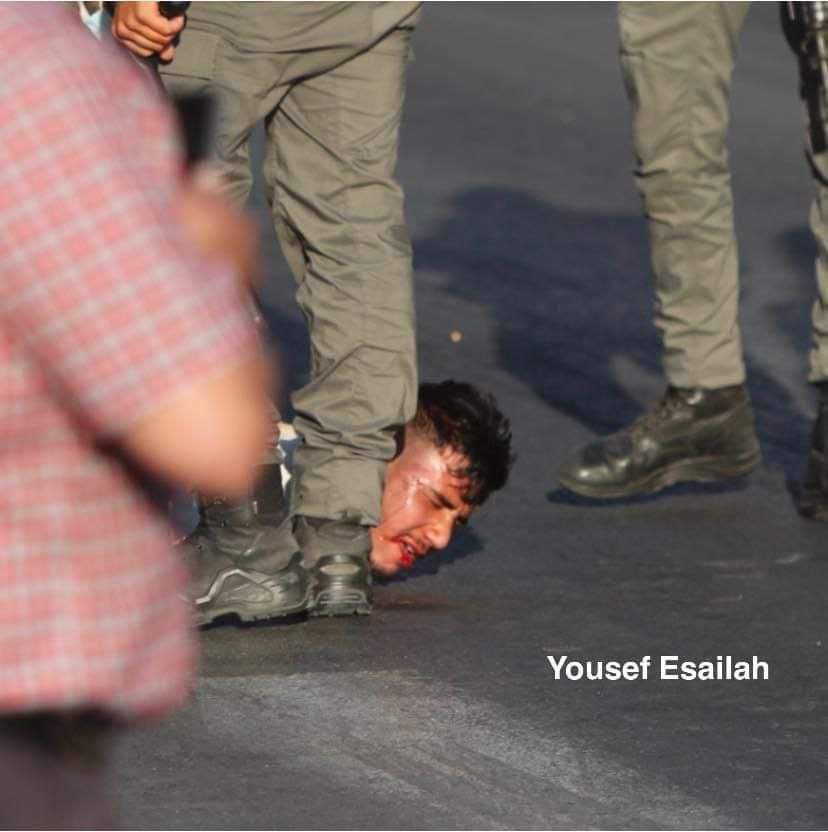 The Palestinian man, identified as Sa’di Barkan, was brutally detained after being assaulted and beaten by the Israeli forces yesterday.

The forces also sprayed him with pepper spray before detaining him.

He was also rushed to a hospital in the occupied city to get urgent medical treatment due to the harsh brutal beating.