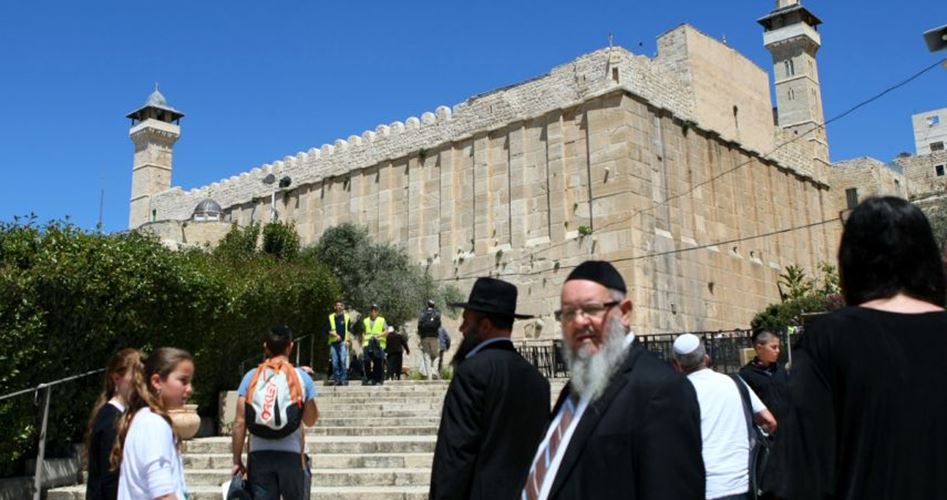 Hebron – Israeli occupation forces on Tuesday announced the closure of the Ibrahimi Mosque in Hebron to Muslim worshipers until Friday under the pretext of marking Jewish holiday.

The Israeli occupation forces informed the administration of the Ibrahimi Mosque of its intention to close the Mosque on Tuesday night until midnight on Friday, director of the Mosque Sheikh Hafthi Abu Sneina said, adding that hundreds of Israeli settlers would break into the mosque during that period to mark the Jewish holiday.

Meanwhile, the Israeli forces imposed movement restrictions on Palestinians at the entrances to the Old City of Hebron under the pretext of securing the area for Israeli settlers celebrations.

This was the third Israeli closure of the Ibrahimi Mosque this month on allegations of allowing settlers to enter the holy site to mark religious occasions.

After the 1994 massacre of 29 Palestinian worshippers inside the mosque by Jewish terrorist Baruch Goldstein, the occupation authorities imposed their control over the Islamic holy site and divided it between Muslims and Israeli settlers.

Since early September, the Israeli forces has imposed a ban on the Muslim call to prayer (Adhan) from the holy site under the pretext of disturbing the lives of the illegal settlers in the city.

The settlers’ storming of the site with such a large number came under the pretext of marking the week-long Sukkot holiday, a Jewish holiday which started on Monday evening, September 20 and ended next Monday, September 27.

Today is the second day in which the settlers stormed the mosque with this large number and several other sites, including the Al-Aqsa Mosque in Jerusalem and the archeological site of Sebastia in Nablus.