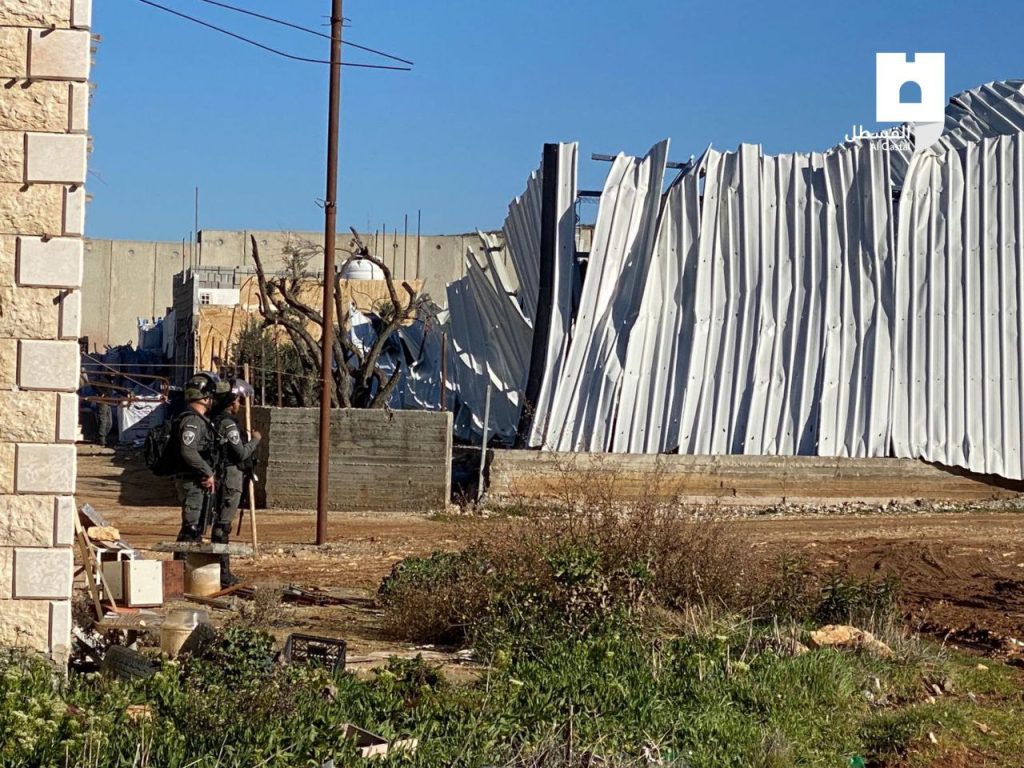 Under the pretext of lacking an Israeli-issued construction permit, local sources said Israeli forces earlier today escorted bulldozer to the area and started demolishing a Palestinian private-owned commercail structure in the Anata town after raiding it.

The commercial structure belongs to the Jerusalemite family of Hadad.

Obtaining an Israeli building permit in occupied Jerusalem is close to being impossible, forcing Palestinians to risk building on their lands without a permit.

Almost 75 percent of applications for a permit by the Palestinian citizens of Jerusalem are rejected by the Israeli occupation municipality, according to rights groups.

At the same time, the Israeli occupation municipality and the occupation government built tens of thousands of housing units in illegal settlements in occupied East Jerusalem for Jews with a goal to offset the demographic balance in favour of the Israeli settlers in the occupied city.

‘Israel’ has been moving its citizens into the occupied Jerusalem neighbourhoods since the 1980s. This has resulted in numerous human rights violations, including the forced displacement of Palestinian residents and demolition of homes and structures.

Hundreds of Palestinian families are being threatened with forced displacement and house demolitions by illegal settler groups, fully supported by the Israeli government.

During the year of 2021, according to the Jerusalem Affairs Ministry, Israeli forces demolished over 173 Palestinian-owned structures in Jerusalem and issued over 200 demolition orders against houses.

In January 2022, Al-Qastal, a Palestinian network hub for Palestinians in occupied Jerusalem, documented that 34 Palestinian-owned structures were demolished by ‘Israel’, some of them were forcibly self-demolished by its owners at the order of the Israeli occupation municipality.