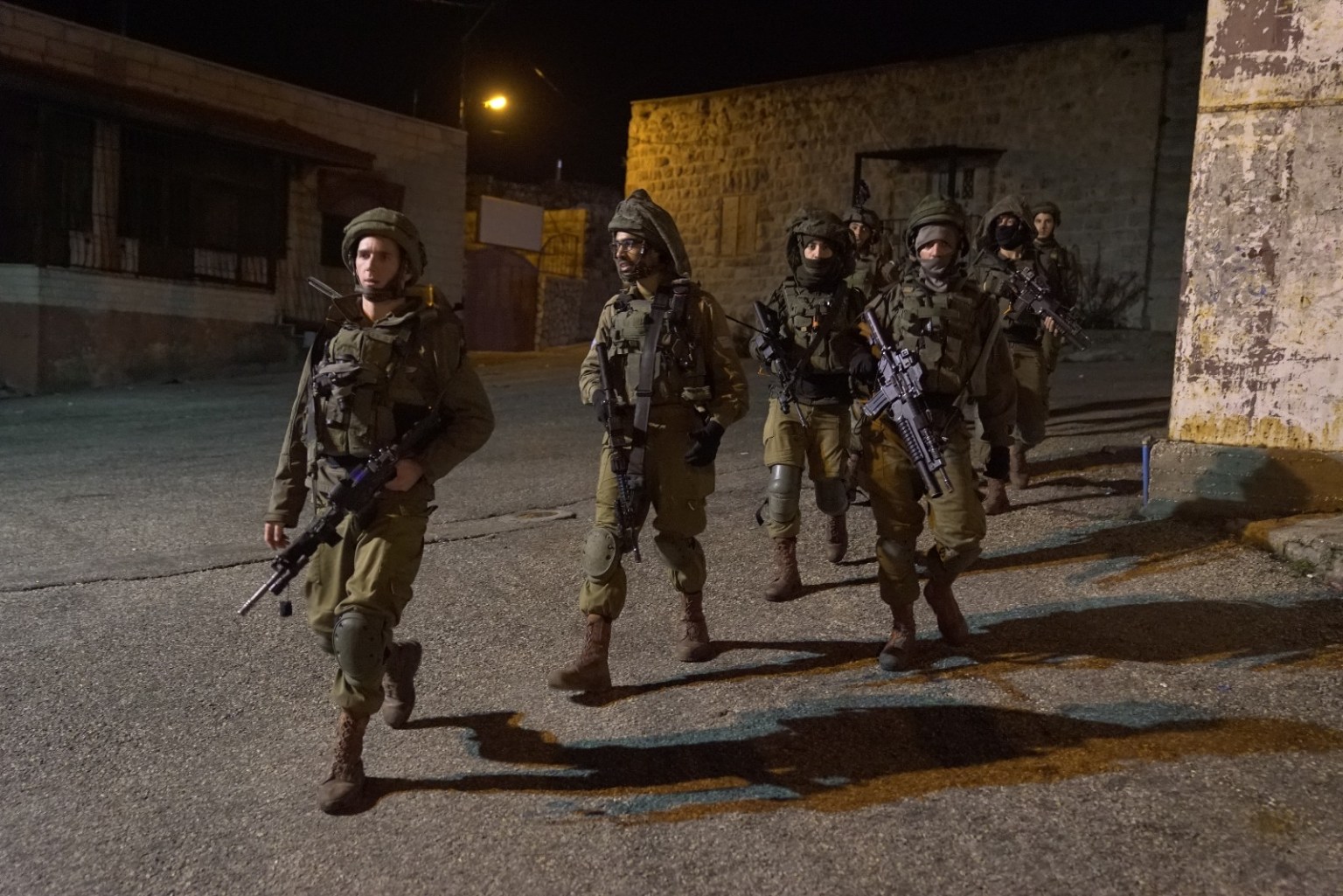 Local sources said Israeli forces detained a former prisoner after breaking into his house and searching it in Tammun town, south of Tubas.

The occupation forces also raided Aida refugee camp where they detained a Palrstinian and searched houses.

In Hebron, they also detained another Palestinian after raiding and searching his house in the neighborhood of Jabal al-Rahma.

Israeli forces frequently raid Palestinian houses almost on a daily basis across the West Bank on the pretext of searching for “wanted” Palestinians, triggering clashes with residents.

These raids, which take place also in areas under the full control of the Palestinian Authority, are conducted with no need for a search warrant, whenever and wherever the military chooses in keeping with its sweeping arbitrary powers.

There are 4,850 Palestinian political prisoners held in Israeli jails, among the prisoners are 540 administrative detainees held without charge or trial, 225 child prisoners and 41 female prisoners.

In June only, 615 Palestinians, including 92 minors and 24 women, were detained by Israeli occupation, while 100 administrative detention orders were issued.

In 2020 only, the Israeli occupation forces arrested 4,634 Palestinians, among them 543 children and 128 women, in addition to issuing 1,114 administrative detention orders.

By the end of March 2021, the number of Palestinian prisoners and detainees reached 4,450, including 37 women, 140 children, and 440 administrative detainees.

By the end of May 2021, the number of Palestinian prisoners and detainees in Israeli jails reached 4,277 Palestinians, including 435 administrative detainees.