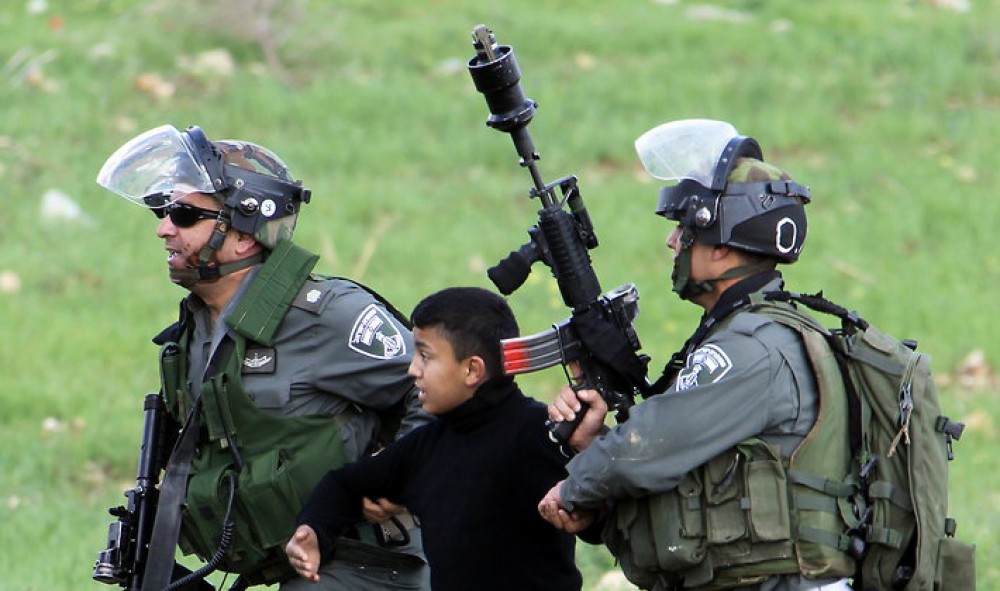 Occupied Palestine (QNN) – Israeli occupation forces (IOF) on Saturday detained three Palestinian children from the town of Sinjil to the northeast of Ramallah in the occupied West Bank.

Local sources reported that the Israeli forces detained Ala Asfour,11, Mohammed Ghefari, 13, and Yusuf Asfour,13, after breaking into their families’ homes and ransacking them.

The sources added that the Israeli forces detained the three children allegedly for throwing stones towards Israeli settlers’ vehicles near the town.

Israeli occupation forces routinely carry out arrest raids in the West Bank. Around 40 percent of Palestinian men living in the occupied territories have been detained by Israel at some point in their lives.