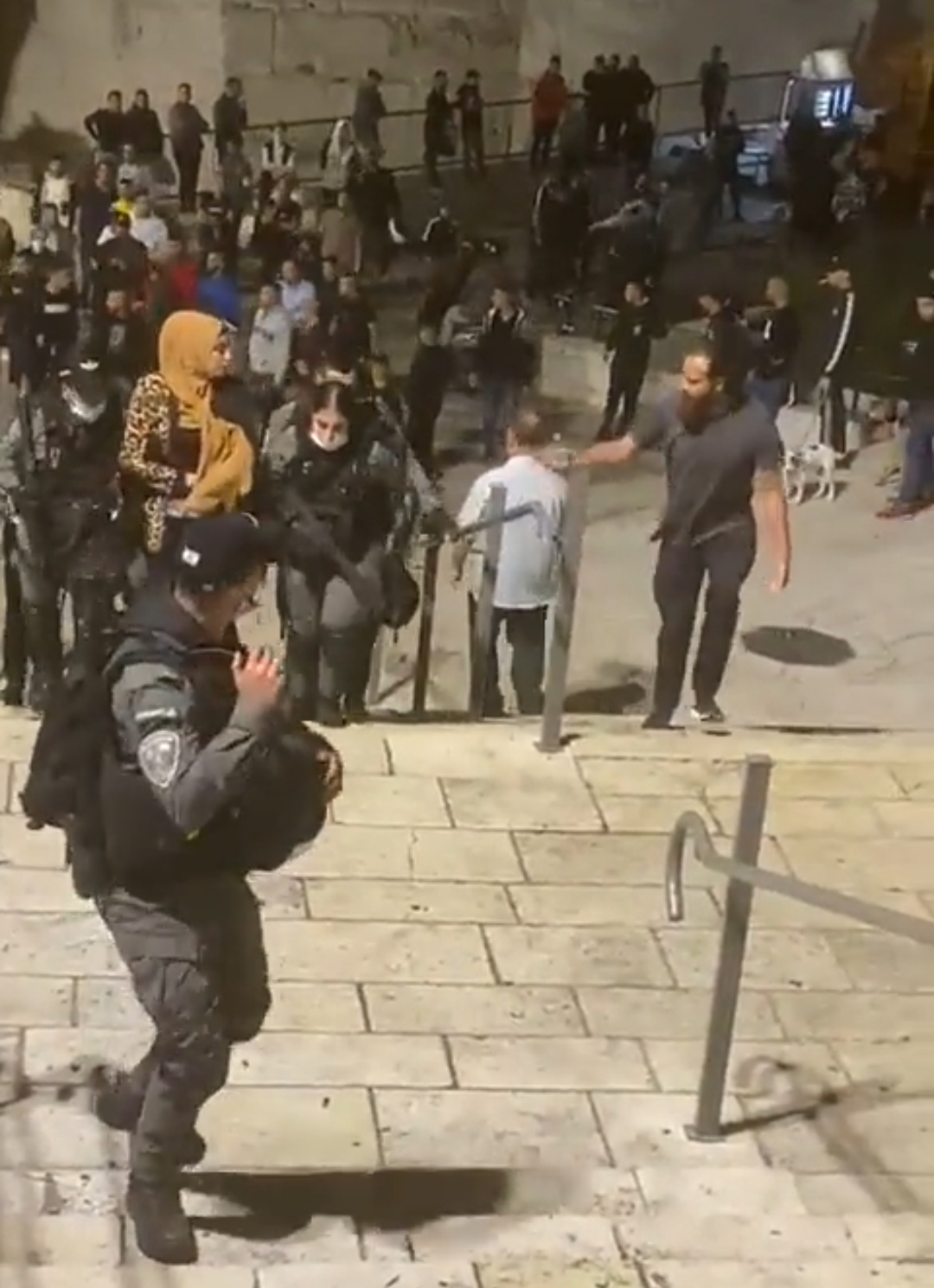 Over 12 Israeli forces soldiers last night surrounded the Palestinian woman in the Bab al-Amud plaza and then arrested her for no apparent reason.

Video footage shows Palestinians in the area tried to prevent the forces from arresting the woman, but the forces harassed and threatened them.

Bab al-Amud plaza has become the scene of a battle that included large numbers of Israeli police officers and forces, including mounted ones.

They wield water cannons to disperse Palestinians gatherings at the site, attack and arrest them.