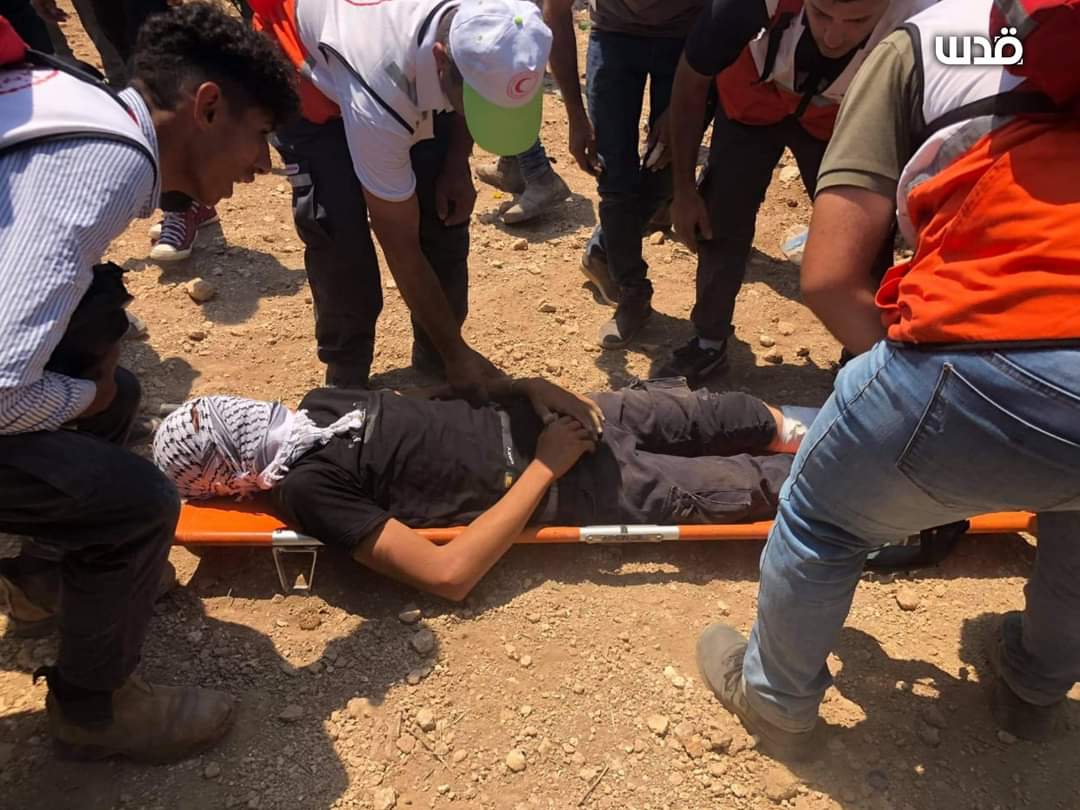 Nablus – At least 40 Palestinian protesters were injuried by Israeli occupation forces on Friday in Beita village in Nablus in the occupied West Bank.

The Palestinian Red Crescent said at least 40 Palestinians were injuried by rubber-coated metal bullets and live ammunition fired at them by the Israeli forces in Beita.

Others also sustained injuries due to falling from high places after being chased and assaulted by the forces and others suffocated with teargas.

Last night, 10 Palestinians were injured by rubber-coated metal bullets shot by Israeli forces in Beit and dozens others suffocated with teargas fired at them by the occupation forces.