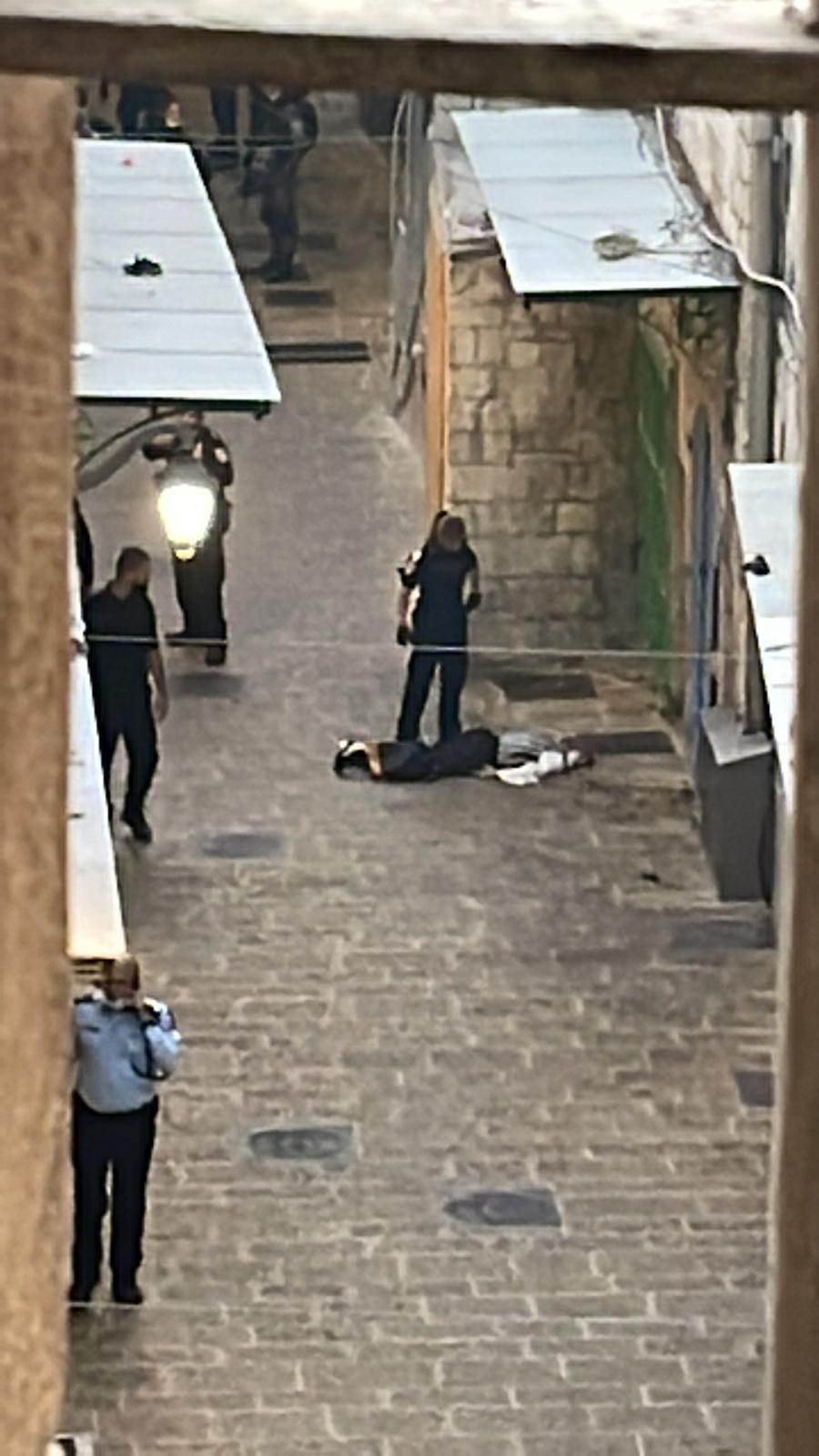 Occupied Jerusalem – Israeli occupation forces shot dead a Palestinian woman in the early morning hours of Thursday near Bab al-Silsila Gate, one of al-Aqsa Mosque gates, in the occupied city of Jerusalem.

30-year-old Israa’ Khzeima, a mother of four children, was shot dead earlier today near Bab al-Silsila Gate by the Israeli forces, who opened fire intensively and directly towards her while leaving her bleeding to death.

This is where a Palestinian mother of three children was murdered – the Israeli occupation forces opened fire against her at Bab al-Silsila Gate, one of al-Aqsa Mosque gates, today morning.#Jerusalem #Palestine pic.twitter.com/mDXg1GNDFK

Video footage shows that the woman clearly posed no threat to the forces or even tried to carry an attack.

Video documents the first moments of Israeli forces’ shooting and killing of the woman: