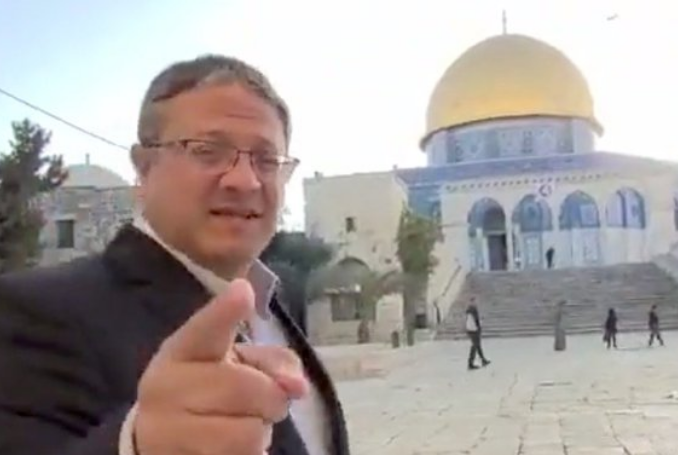 Ben-Gvir stormed the site after Israeli police agreed, Wednesday evening, to allow him to tour the complex ahead of the Muslim fasting month of Ramadan, due to start this week.

In a statement, the Islamic Endowments Department said Ben-Gvir stormed the site through the complex’s Mughrabi Gate under the protection of Israeli police.

A Palestinian woman was detained by Israeli forces in the Bab Al-Asbat (Lion’s Gate) area, to the north of the Mosque, the statement said.

In 2003, the Israeli government unilaterally allowed settlers to storm the Al-Aqsa Mosque complex, despite protests from the Islamic Endowments Department, which oversees holy sites in Jerusalem.

Since then, Israeli police allow Jewish settlers, except for Fridays and Saturdays, to storm the site in two shifts in the morning and after the noon prayer.

Concerns are running high that settler tours of the compound during the Jewish Passover holiday, which coincides with the third week of Ramadan, may cause confrontations between the Palestinians and Israeli police.