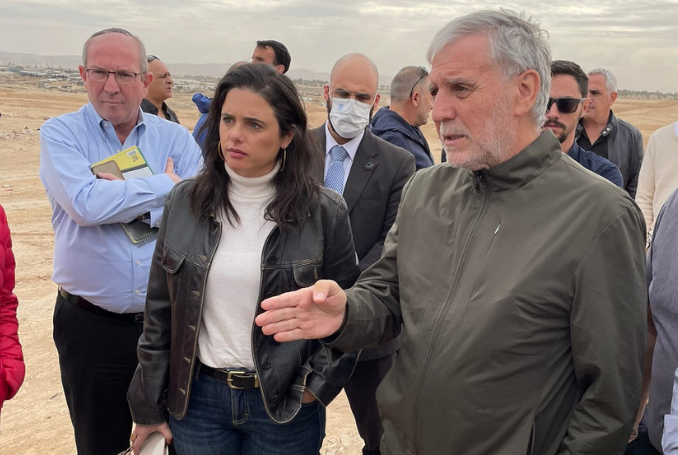 Israeli Interior Minister Ayelet Shaked is to promote a bill that would revoke the citizenship of Arabs in Israel involved in resistance acts, Israel Hayom reported on Friday.

Referring to the resistance against the Israeli occupation, Shaked said that Arabs in Israel (Palestinians) who carry out “terrorist acts” would be revoked of their Israeli citizenship.

Shaked stated that promoting this bill comes in response to the stabbing incident in the Negev on Tuesday. However, she affirmed that she had planned to advance this bill since becoming the interior minister.

Israel Hayom said that the bill Shaked is promoting is based on a bill once put forth by MKs Avi Dichter and Orit Strock.

“There are no compromises in the war on terror,” Shaked told Israel Hayom. “The bill to revoke the citizenship and residency of murderers is the appropriate response to this week’s terrible attack in Beersheba.”

The interior minister stated that she “intends to promote this bill” because it “is important to Israel’s security”.