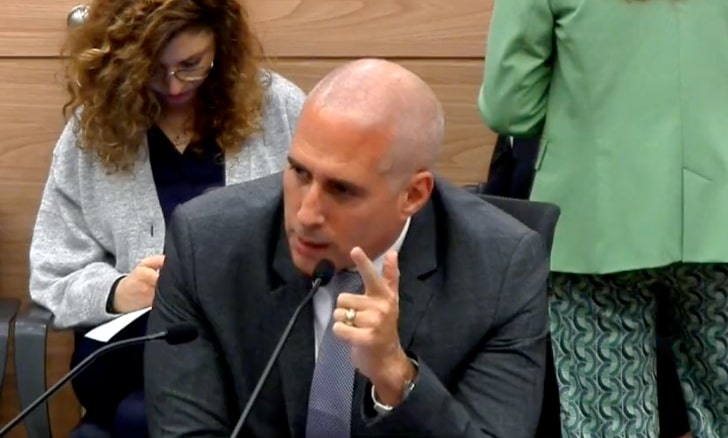 A member of Israel’s new government said Monday he prefers “Jewish murderers over Arab murderers,” adding “crude tools” must be used against Palestinians who carry out resistance operations against Israeli settlers.

During a heated parliamentary committee meeting, Hanoch Milwidsky, a lawmaker from Netanyahu’s Likud party, said “crude tools” must be used against Palestinians who carry out resistance operations against Israelis, including the death penalty, stripping Palestinians living in 1948-occupied Palestine of their citizenship and retaliating against suspects’ families.

“I do not feel any need to justify myself for the fact that I, in the Jewish state, prefer Jews. Yes, Ahmad Tibi, I prefer Jewish murderers over Arab murderers,” Milwidsky said when Tibi asked him whether ‘Israel’ would revoke the citizenship of the right-wing terrorist Yigal Amir, who assassinated Israeli Prime Minister Yitzhak Rabin in 1995 or that of Ami Popper, who massacred seven Palestinian workers in 1990.

“And as a general rule, I prefer Jews over disloyal Arabs. We’re done apologizing for this,” Milwidsky added, borrowing rhetoric used by far-right National Security Minister Itamar Ben Gvir, who has described himself as a disciple of the late racist rabbi Meir Kahane.

“A Jewish murderer is better and [more] superior than an Arab murder?” Tibi asked in English