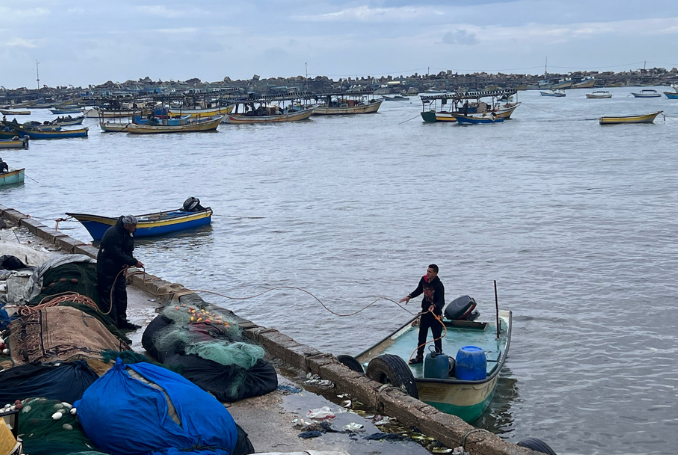 Israel’s naval forces on Sunday opened fire on the Gazan fishermen who were sailing off the coast of Rafah, in the south of the besieged coastal enclave, The New Arab reported.

The Israeli navy fired live bullets and water cannons towards Palestinian fishermen, preventing them from fishing and forcing them to return to the shore, sources told The New Arab.

Zakaria Baker, an official from the fishers’ committees in the Union of Agricultural Work Committees in the Gaza Strip, told The New Arab that Israeli forces continue to provoke Palestinian fishermen by ongoing attacks.

“Everyday, the fishermen have to deal with a challenge while in the sea. Israeli forces used to arrest them, damage their boats and shoot at them,” he said.

These measures hindered the work of fishermen and prevented them from fishing freely to provide for their families.

Since 2007, the Gaza Strip, home to more than two million Palestinians, has been put under a tight Israeli blockade after Hamas won the 2006 legislative elections.

Israel banned the entry of several materials, which it claimed were used for making weapons. Among them were boats, fiberglass, nets, and other essential fishing materials.

According to the Fishermen’s Syndicate in the Gaza Strip, some 4,000 Palestinian fishermen live in the besieged enclave. At the same time, approximately 40,000 Gazans work in professions directly or indirectly related to fishing.

Meanwhile, locals said that Israeli forces fired at Palestinian farmers on agricultural lands east of Qarara, north of Khan Yunis city in the coastal enclave’s south. No injuries were reported.

From time to time, Israeli forces stationed in the eastern fence of the coastal enclave open fires towards the Palestinian farmers to prevent them from reaching their lands.