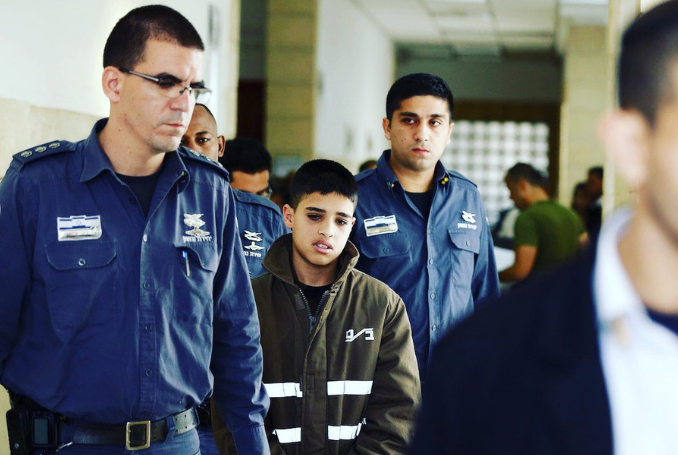 An Israeli parole committee on Wednesday designated the case of Ahmad Manasra, who was arrested at the age of 13, as “terrorism”, according to Manasra’s defense team.

The defense team said that the Israeli Prison Service’s (IPS) Parole Committee decided to designate the case of 20-year-old Manasra as a case of “terrorism”.

Manasra has developed serious mental health problems since his arrest as a child seven years ago, due to severe interrogation methods and torture.

On Sunday, Israel’s Ramleh Magistrate’s Court reviewed Manasra’s eligibility for early release under Israel’s Parole Law of 2001 but did not issue a decision despite the prisoner’s harsh health and psychological condition.

Saleh Manasra, Ahmad’s father, said that his son did not attend the session on Sunday because of his poor condition, as he is being held in the Ramleh prison clinic.

Ahmed Manasra’s lawyer, Khaled al-Zabarqa, confirmed that, during his visit to the prisoner Manasra on June 16, he noticed traces of injuries on both arms.

During this meeting, Ahmed did not communicate visually or verbally with Zabarqa, and he seemed to show signs of illness and general exhaustion.

On June 20, Amnesty International called for the immediate release of Manasra.

“Ahmad Manasra has been subjected to a catalog of injustices by the Israeli authorities, including deleterious effects of incarceration on his development and prolonged solitary confinement,” said Heba Morayef, Amnesty International’s Regional Director for the Middle East and North Africa, adding:

“He endured ill-treatment during interrogations, which were conducted without his parents or lawyers’ presence, and was denied the right to a fair trial. He should have been released a long time ago, yet he remains in unnecessary suffering in Israeli prisons”.