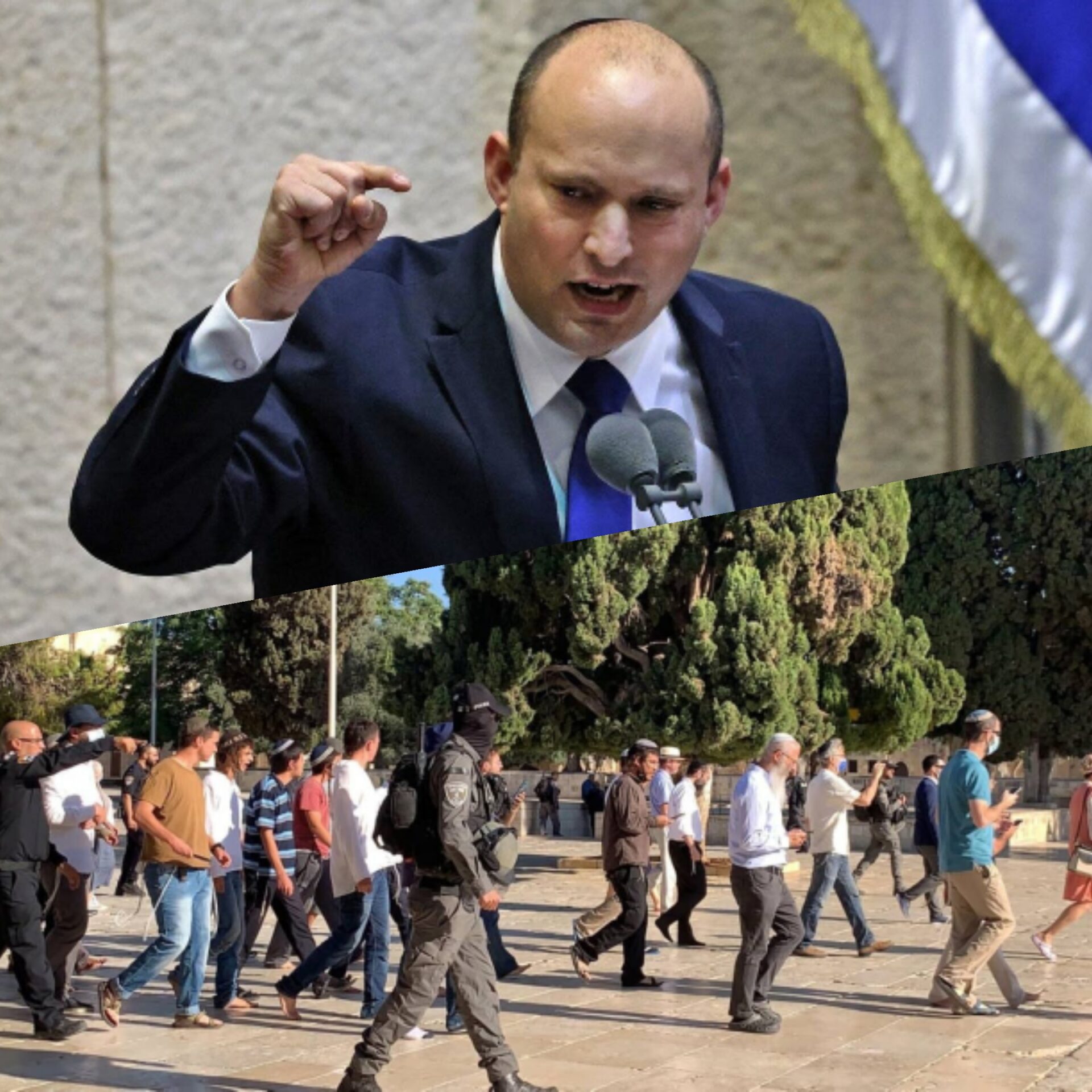 Bennett met with Public Security Minister Omer Bar Lev and Police Commissioner Yaakov Shabtai after the occupation forces stormed the Mosque to back over 500 Israeli settlers who raided the Mosque earlier today.

“The prime minister instructed to allow organized and safe ascendance of Jews to the Mount, while keeping the order at the site,” Bennett’s Office said.

Extremist Israeli settlers have started raiding the Al-Aqsa Mosque earlier on Sunday under the occupation forces protection, who have attacked Palestinian worshipers, including women, by assaulting them and firing tear gas canisters.

Several injuries were reported among Palestinian worshipers as they suffocated with tear gas fired at them by the forces.

The forces have also stationed at the gates of the mosque and assaulted dozens of Palestinian youths.

The forces also on Saturday night attacked Palestinians at Bab Al Amud (Damascus Gate), one of the Old City’s entrances.