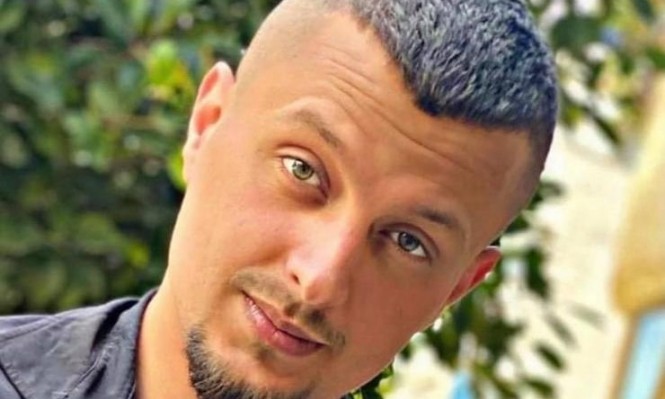 The Israeli human rights group B’Tselem said Israeli forces killed Ahmad ‘Abdu, a 25-year-old Palestinian man, while he was not posing any threat as he was sitting in his car.

B’Tselem published video footage in which Israeli occupation forces are seen getting out of the vehicle and immediately firing several shots at Ahmad’s car.

In the video, the apparently injured ‘Abdu opens the right door, at which point the forces surround the car, open several of its doors, apparently dragging ‘Abdu out, and then leave without extending him first aid.

An Israeli Border Police statement claimed ‘Abdu had been killed as part of an “arrest operation”, but offered no explanation for the lethal shooting, B’Tselem said in its report.

B’Tselem stated that “opening live fire at a person sitting in his car, without even trying to arrest him, is not an “attempted arrest”. It is a targeted killing.”

On Tuesday morning, 25 May 2021, at around 4:30 AM., 25-year-old Palestinian Ahmad ‘Abdu from al-Am’ari Refugee Camp in the occupied West Bank got into his car, which was parked by his uncle’s home in Um a-Sharayet.

The Security camera footage that B’Tselem obtained shows a vehicle immediately drive up and block ‘Abdu from driving away.

The video shows that four Israeli Special Police Unit officers are seen getting out of the vehicle and some immediately fire several shots from their position on the left side of ’Abdu’s car towards the driver’s seat, where ‘Abdu was sitting, and towards the wheels.

Under fire, the apparently injured ‘Abdu is seen opening the right door, at which point the officers go to the other side of the car and open some of its doors.

Three minutes later, they are seen driving away, leaving the wounded ‘Abdu lying on the ground.

According to eyewitnesses, ‘Abdu was still alive at that point, yet in the footage, the officers are not seen giving him first aid or evacuating him for emergency care

Abrasions on Abdu’s body indicate that they dragged him for several meters.

B’Tselem said that several minutes after the police officers drove away, several town residents came over and called an ambulance, which arrived about 15 minutes later and took ‘Abdu to the hospital.

He was pronounced dead upon arrival, with gunshot wounds to the left side of his chest and to his legs.

The next day, and for several days after the incident, Israel Security Agency (Shin Bet) agents called Abdu’s uncle and other relatives and apologized for his killing.

At the same time, they demanded that the family turn in Abdu’s uncle, Muhammad Abu ‘Arab, for allegedly shooting at forces during a demonstration near the entrance to el-Bireh.

The night after ‘Abdu was killed, the forces arrested four of his cousins and searched the homes of his uncle’s in-laws and their neighbors, B’Tselem reported.

They arrested the in-laws’ 17-year-old son and hurled stun grenades into the homes’ courtyards.

The Border Police claimed that Abdu had been a “terror accomplice” and was killed during an “attempted arrest”.

Yet the documented chain of events shows that the officers made no attempt to arrest him, but shot and killed him the moment they stepped out of their vehicle.

In its statement, the Border Police did not even argue that ‘Abdu posed any kind of danger to the force, and provided no explanation whatsoever for the lethal shooting.

Wahib Majadbah (33), a nurse who lives with his wife and four children in the building across from the spot where ‘Abdu’s car was parked, related what happened immediately after the shooting in a testimony he gave B’Tselem field researcher Iyad Hadad on 25 May 2021.

“On Tuesday, 25 May 2021, at around 4:30 A.M., I was asleep along with my wife and four young kids. I was woken by the sound of three gunshots. There may have been more, but I was too drowsy to hear,” Majadbah told B’Tselem.

He continued, “I looked out the window and saw someone lying to the right of a blue car by the sidewalk. There were three or four soldiers standing around him, and they moved between the car and their vehicle, which was parked behind the blue car and blocking it. I immediately called the Red Crescent and told them someone was injured. The moment I put the phone down and looked back out at the street, I saw the soldiers drive away, leaving the wounded person lying on the ground.”

“I ran outside immediately. I didn’t recognize the guy, who looked to be in his twenties.”

“He drew his last breaths, exhaled, his lips moved slightly, and then his body went limp. He was bleeding from the shoulder area. I was afraid to move him and check where he’d been hurt, in case I harmed him.”

“I’m a professional nurse and tried to take his pulse, but couldn’t feel one. He seemed to be dying. That was about two minutes after they shot him. Five minutes later, I called the Red Crescent again and told them they were taking too long and had to speed up, because the guy was fighting for his life. About 15 minutes after the shooting, an ambulance arrived and took him to hospital.”

“The door on the driver’s side was open and I saw four bullet marks on the car. Later, I learned on social media that he was found dead on arrival at hospital.”