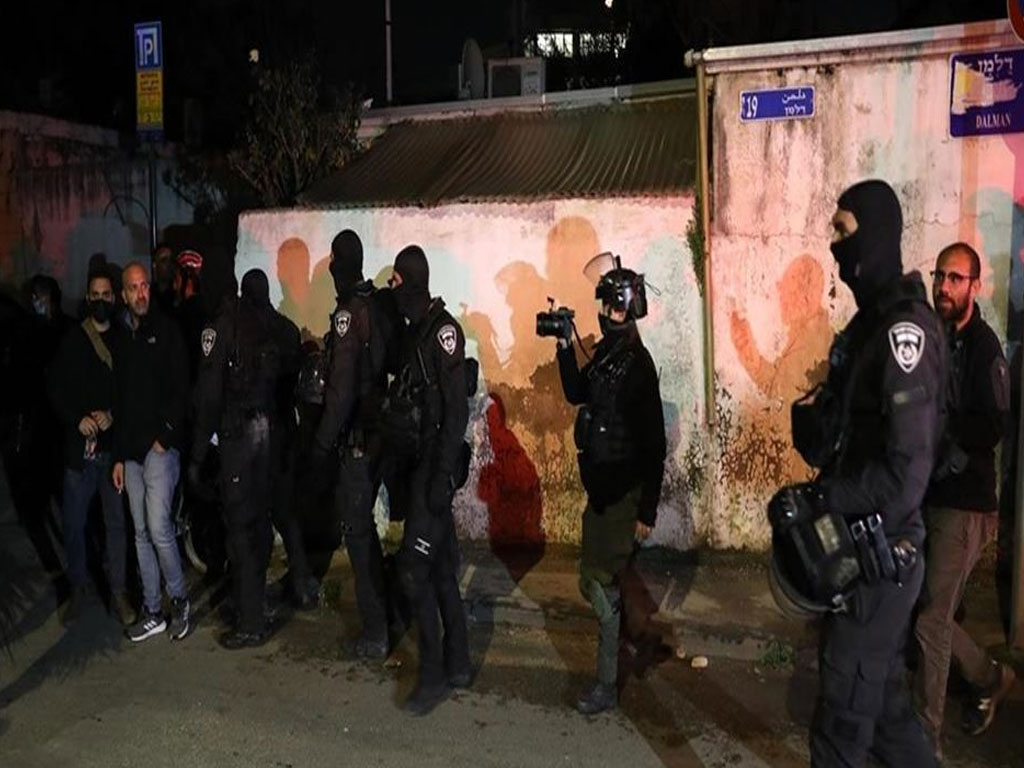 Earlier, Knesset member Itamar Ben Gvir, notorious for his provocative behavior, escorted by settlers and police forces stormed the neighborhood and stayed in his tent office near Palestinian homes.

Policemen also rounded up a young man from the family of al-Jabari, amid sporadic attacks on Palestinian citizens by settlers and police officers.

The Israeli police have been laying siege to the neighborhood and preventing Jerusalemite citizens from entering it or visiting their relatives for about four days, while persisting in allowing extremist settlers, Knesset members and officials to storm the neighborhood and assault local residents.

Despite such practices, some supporters managed more than once to enter the neighborhood before they were dispersed and forced to leave the area.