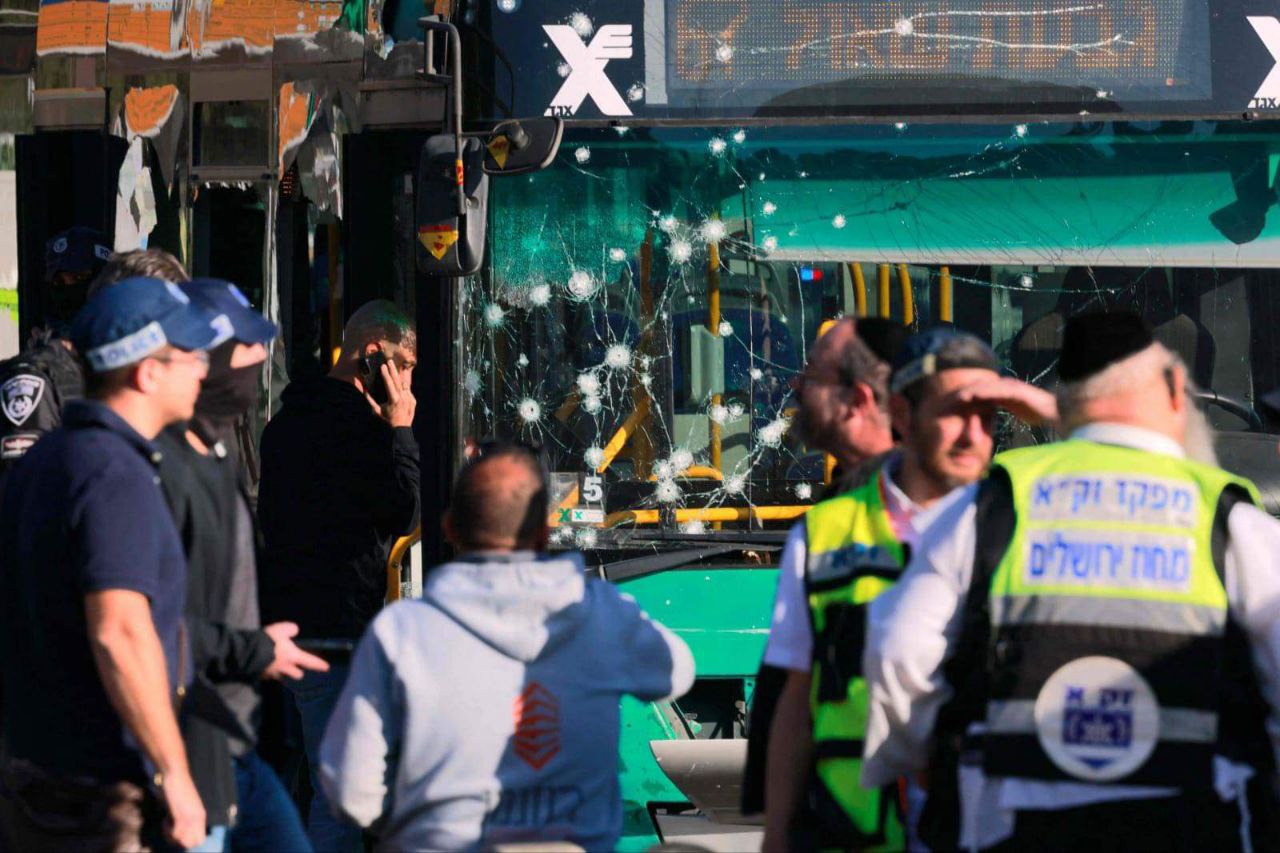 One Israeli settler was killed and at least 15 others were injured in two separate explosions in occupied Jerusalem on Wednesday morning near a bus station at the entrance to the city and at the Ramot Junction.

Israeli media reported that fifteen people were wounded in two separate explosions in Jerusalem, including 12 were wounded in the explosion in a bus station at the entrance to the city, four of them critically, while three were lightly wounded at the Ramot Junction. One of the settlers succumbed to his wounds.