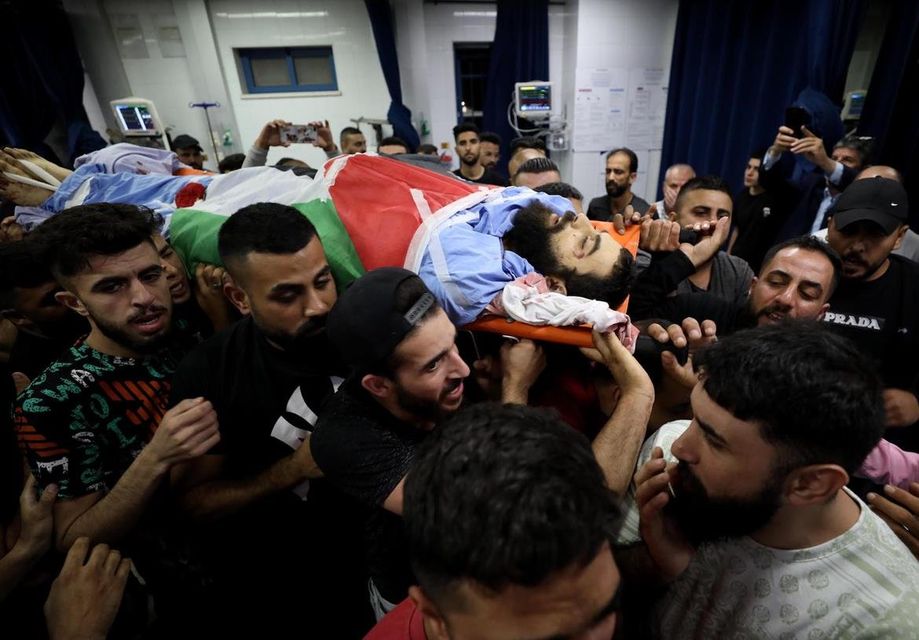 Salfit – A Palestinian youth was killed on Tuesday night after being stabbed directly in the heart by a colonial Israeli settler near the illegal settlement of Ariel, in the occupied West Bank city of Salfit.

The Palestinian Health Ministry confirmed that 27-year-old Ali Hassan Harb succumbed to his serious injury sustained in the heart after being stabbed by an Israeli settler in the town of Iskaka in Salfit last night.

Local sources reported that a group of colonial settlers stormed and attacked his family’s land, which is adjacent to the illegal Israeli settlement of Ariel, and that they were dislodging a wooden house the family had built there.

The family then received a call informing them of the incident of vandalism. Ali’s uncle, Naim, who was present at the scene, told the media that the family and a number of residents of the village – about 10, including Ali – rushed to the land to defend it.

The settlers left when they saw them approaching but came back moments later accompanied by members of the illegal settlement’s security, who started shooting in the air. An Israeli occupation soldier also arrived with them.

The settlers continued their attacks, assaulting the Palestinians before suddenly one of the settlers approached Ali and stabbed him directly in the heart, under the protection of the Israeli soldier and the security of the settlement, who watched the settlers’ attack and did nothing.

Naim also confirmed that the Israeli forces held Ali for about half an hour and prevented the family from rushing him to hospital, leading to his death as he was announced dead when he arrived at a hospital in Salfit.

The Harb family’s olive tree groves, parts of which were confiscated, are adjacent to the fence of the Ariel settlement. Naim said that the family has worked on that land for years and still operates it as their main source of income.

Regarding Salfit, ‘Israel’ continues to confiscate more lands of Salfit in order to expand the Ari’el settlement and build dozens of new settlement units on the Palestinian lands.

Ari’el is one of the largest settlements in the West Bank built on thousands of dunums of Palestinians’ lands. Salfit is choking from the large number of settlements and industrial zones on its lands, as they exceed the number of villages and towns of the city.

‘Israel’ and its settlers seized more than 5,000 dunums in order to enlarge the Ari’el settlement and steal the lands of the citizens adjacent to it.