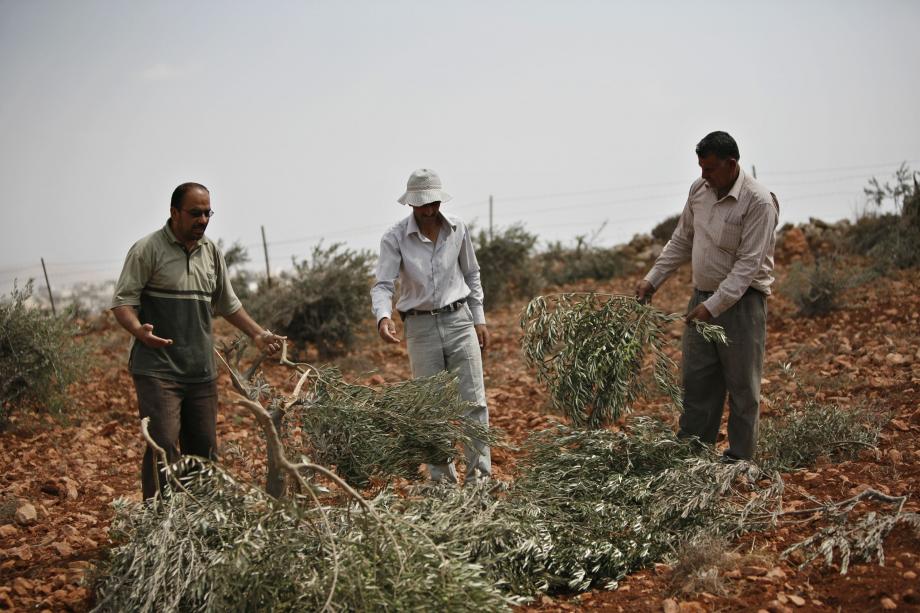 Occupied Palestine (QNN) – Extremist Israeli settlers on Wednesday bulldozed large swathes of lands and uprooted hundreds of olive trees in the town of Qusra, southeast of the city of Nablus.

Anti-settlement Palestinian activist Bashar Qaryouti said that Israeli settlers razed large swathes of the lands of Qusra and uprooted over 300 ancient olive trees for the sake of expanding the illegal settlement of Majdolim.

Qaryouti pointed out that the settlers are making roads on several hills in the town of Qusra in order to facilitate taking control of the lands.

He indicated the Israeli occupation forces continue to close agricultural roads in Qusra town in an attempt to prevent Palestinian farmers from accessing their own lands adjacent to Majdolim settlement in a bid by the settlers to take control of these lands.

Israeli settlers attack Palestinians on a daily basis across the occupied territories under the so-called “Price Tag” banner. Such attacks always go unpunished by the Israeli occupation authorities.