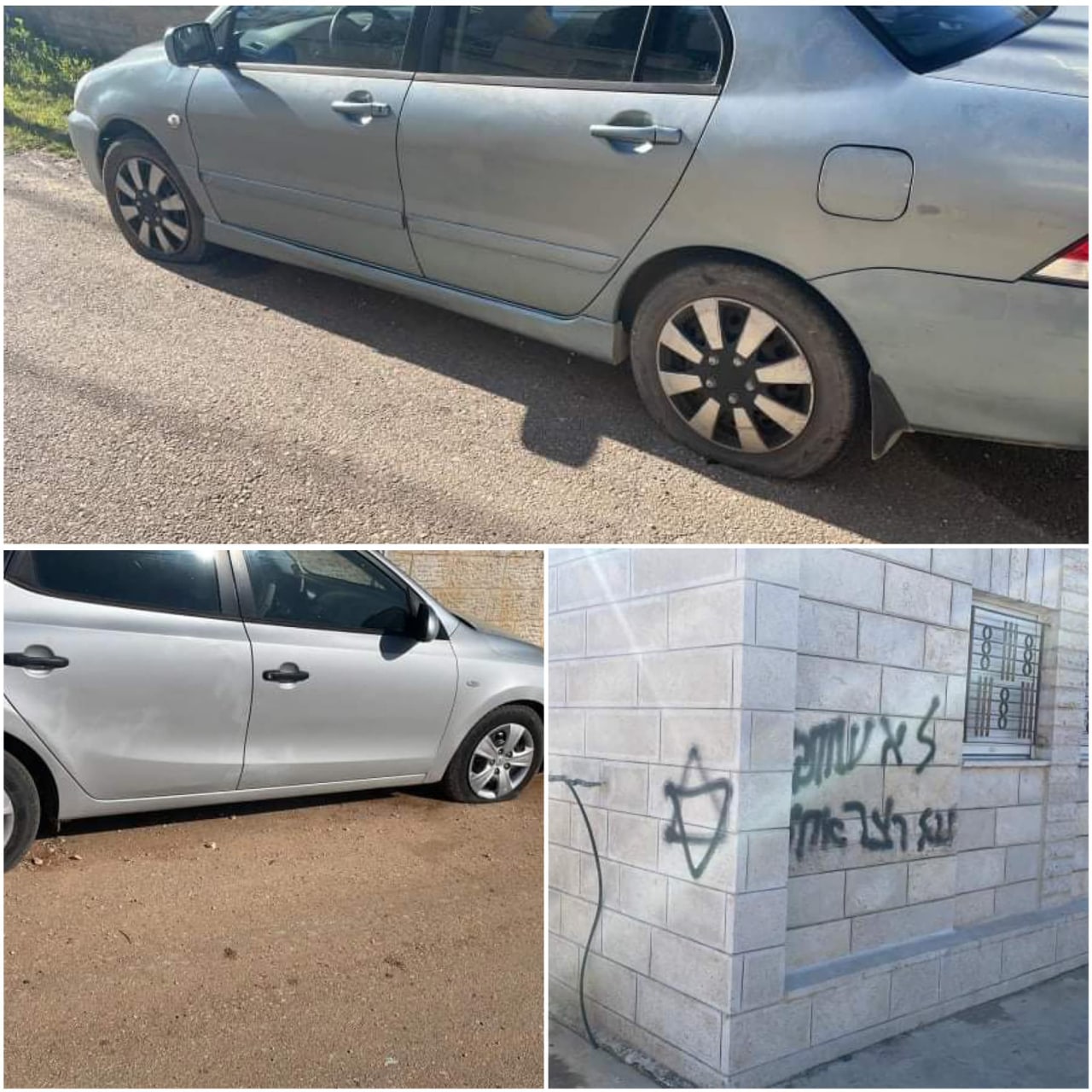 Local sources said a group of Israeli fanatics sneaked into the town during the early morning hours.

They also spray-painted walls of nearby houses with hate graffiti in Hebrew.

The settlers also painted signs in the area with the words “revenge” and “Be’er Sheva war.”

There has been a sharp spike in settler violence against Palestinians in the OPT.

There are nearly 700,000 Israeli settlers living in 256 illegal settlements in the occupied West Bank, including East Jerusalem.