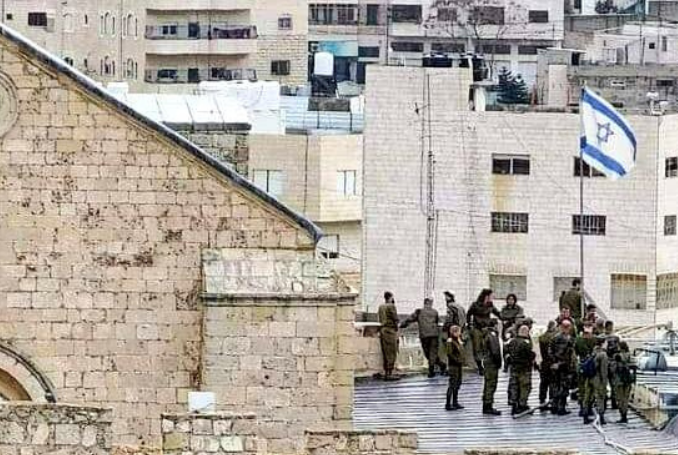 Israeli forces on Sunday raided the Ibrahimi Mosque in the occupied West Bank city of Hebron (Al-Khalil) and climbed onto its roof, the official Palestinian news agency WAFA reported.

“This aggression is part of a series of daily aggressions carried out by the Israeli occupation forces and Israeli Jewish settlers,” Rajabi added.

“Since January, the Israeli occupation authorities have been carrying out construction works at the entrance of the mosque in order to install an elevator to help settlers access it easily.”

Al-Rajabi went on to condemn the Israeli aggression on the Islamic holy site, which is listed by UNESCO as a Palestinian heritage site.