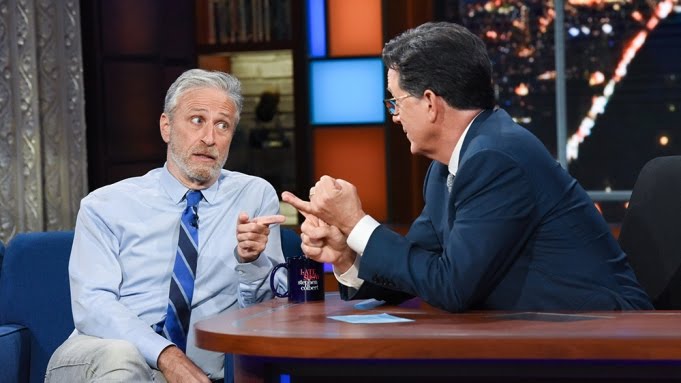 American comedian and political commentator, Jon Stewart, discussed the rising of antisemitism issue in politics and social media, during a guest appearance on CBS’ The Late Show With Stephen Colbert on Tuesday evening.

Stewart, who is of Jewish heritage, weighed in on the antisemitism debate surrounding Dave Chappelle, Kanye “Ye” West and Kyrie Irving.

Stewart told his former Daily Show colleague that he doesn’t “believe censorship and penalties are the way to end antisemitism.”

“I don’t believe that censorship and penalties are the way to end antisemitism or to not gain understanding. I don’t believe in that. I think it’s the wrong way to approach it,” he said.

“I think just reflexively naming things antisemitism is as reductive as some of the things that they might be saying — it immediately shuts down a conversation,” Stewart said.

Stewart, well known for his progressive positions on various political and social issues, went on to say that he himself has been accused of antisemitism due to his support of Palestinians.

“I am called antisemitic because I am against Israel’s treatment of Palestinians,” Stewart said. “But those shutdown debates. They are used as a cudgel and whether it be comedy or discussion or anything else if we don’t have the wherewithal to meet each other with what is reality, then how do we move forward?”