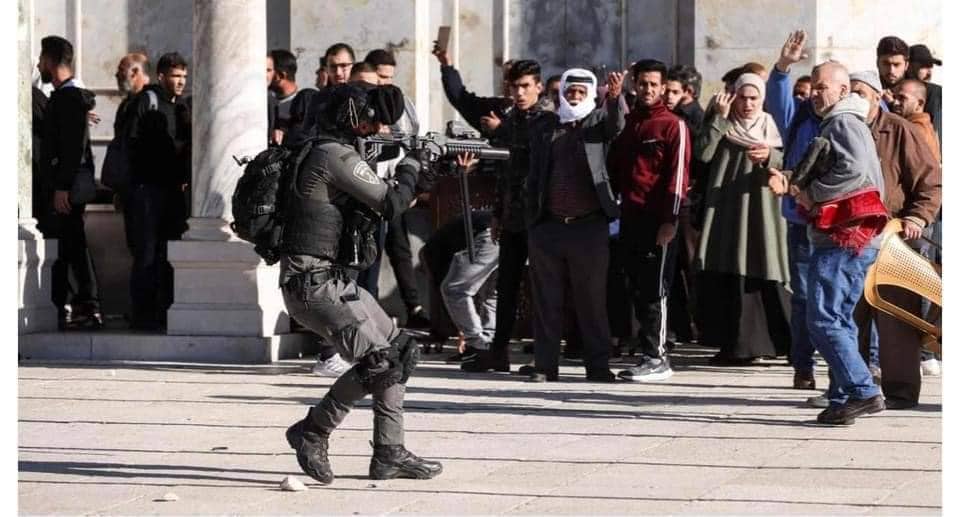 Jordan – 76 Jordanian lawmakers have called for Israel’s ambassador in Amman to be expelled in response to the latest Israeli violations in Jerusalem and al-Aqsa Mosque.

The 76 Jordanian lawmakers stressed in a parliamentary memorandum the necessity to respond to the occupation’s lack of respect for the Jordanian Hashemite guardianship of the holy sites.

They also stressed for the necessity of closing the Israeli embassy in Amman, expelling the ambassador, and summoning the Jordanian ambassador to Tel Aviv.

In addition, the Jordanian lawmakers called to suspend all bilateral agreements with Israel until it stops its violations in Al-Aqsa Mosque and never repeat them.

They also emphasized the importance of intervention at the highest levels to ensure the release of all the detainees who were arrested from al-Aqsa Mosque Compound.

The lawmakers saluted the people of Jerusalem who are steadfast in the face of the terrorist occupation forces, stressing the need to upgrade the official monarchy stance to suit its announced inalienable rights.

In the same context, the Presidency of the Jordanian House of Representatives strongly condemned Israeli aggression against the worshipers in al-Aqsa Mosque.

In a statement on Saturday, the house said that Israeli violations against Islamic and Christian sites, the desecration of Al-Aqsa Mosque and the attack on worshipers constitute a flagrant violation of the sanctity of al-Aqsa during the blessed month of Ramadan, and a provocation to the feelings of millions of Muslims.

On Friday, the Israeli occupation forces broke into the al-Aqsa Mosque Compound and savagely assaulted the worshipers, before detaining hundreds of them.