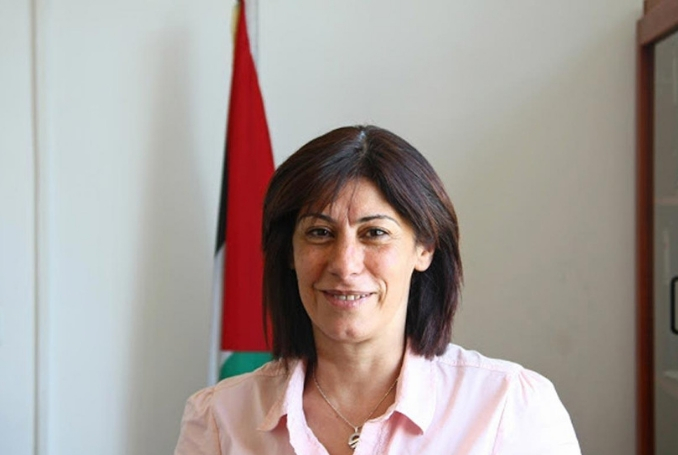 Iconic Palestinian political activist Khalida Jarrar said that the Palestine Liberation Organization (PLO) “is hijacked and suffers from hegemony and exclusivity, in an interview with Al Resalah newspaper on Wednesday.

The senior leader of the Democratic Front for the Liberation of Palestine (PFLP) added that the PLO “needs reformation and rebuilding via an elected national council or a transitional one pending the election of a new one.”

Jarrar stressed that the new national council “should lay down the foundations of a new strategy of the national struggle that includes all parties.”

At the same time, she said that rebuilding the PLO based on its national program “will regain respect to it,” reiterating that the bost is the sole representative of the Palestinians.

Jarrar also said that hegemony and exclusivity pushed many national figures to refuse to participate in the meetings of the PLO’s National Council as they believed that the PLO is in urgent need to be rescued from those who have hijacked it.