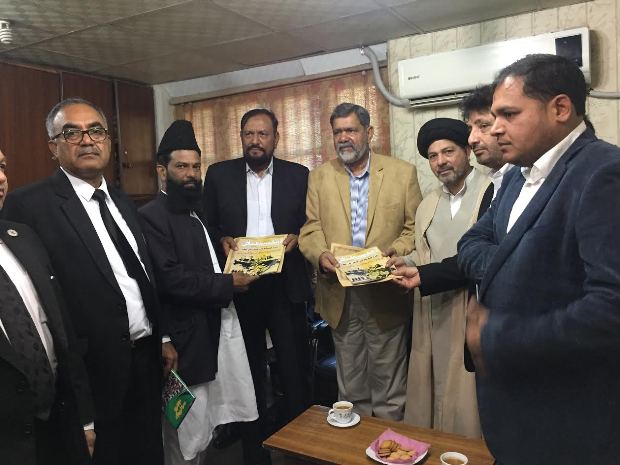 During the meeting both the president and general secretary mentioned the suffering of Muslim Ummah at the hands of Zionist regime. Muslim Nation in unison, should fight the conspiracies of the regime that they hold against Palestine specially. These conspiracies have brought the whole of Muslim World to include Palestine, Lebanon, Iraq, Syria, Libya, Yemen, Kashmir, and Pakistan at the threshold of terrorism.
PLF-P’s central secretary general gave out an elaborate narration of the foundations’ work and its effort for the cause of Palestine. He went ahead offering Naeem Qureshi an honorary membership to the Central Guidance Council.