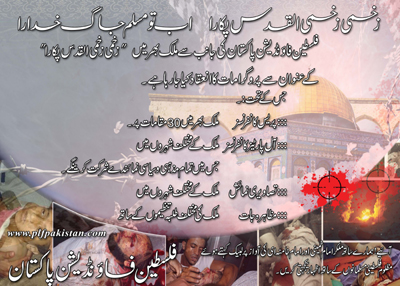 Mainstream political and religio-political parties have assured the Palestine Foundation (PLF) Pakistan to attend the All Parties Conference on Palestine in Karachi on Monday July 14.

The PLF’s Allama Qazi Noorani headed delegation met several leaders and invited them to attend the APC on “A Clarion Call of Bleeding Quds, O Muslim Wake up for God’s Sake.”

PLF spokesman Sabir Karbalai said that they all assured they would attend the APC and express their views to express solidarity with Gaza, Palestine.

Human rights activists such as Shehzad Mazhar and Civil Society’s leading figures including Karamat Ali will also attend the APC.