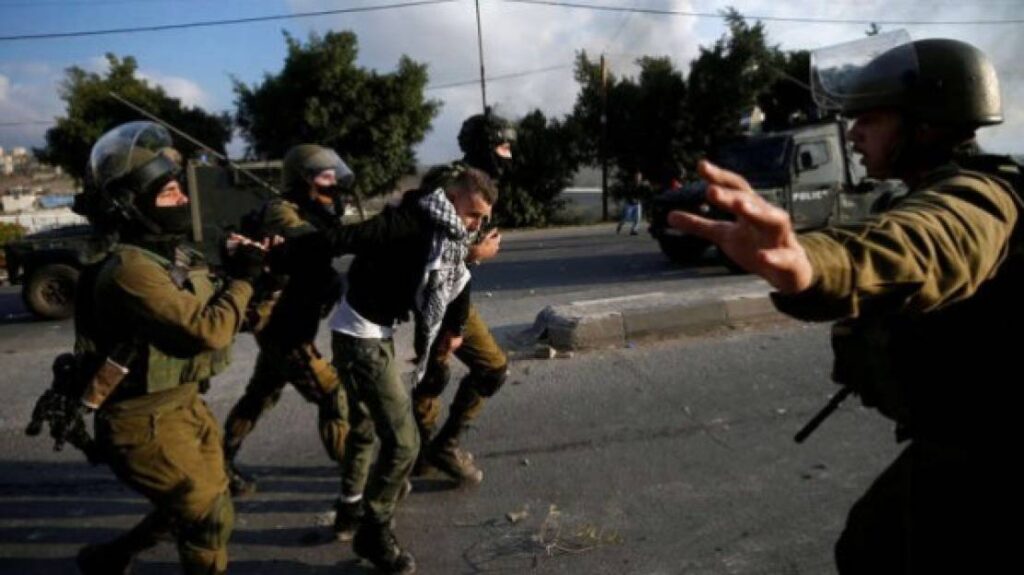 In Jenin, 20 Israeli military patrols raided and surrounded the village. Ground troops were seen carrying out search operations in the area.

The village also saw clashes between members of the resistance and Israeli special forces, in which the latter used live bullets.

Local media cited eyewitnesses as saying that two young men were wounded with live bullets in their legs and they were taken to Jenin hospital.

Israeli forces broke into houses in Al Zakarneh mountain in eastern Qabatya. They also carried out digging and search operations.

Local sources said members of the resistance attacked Israeli forces, while they were raiding Qabatya and Muthallath Al Shuhada, which resulted in widespread clashes.

They added that Israeli forces shot at the citizen Ahmad Darwish in his leg and caused dozens of suffocation cases.

In Deir Nidham in western Ramallah, confrontations erupted between locals and Israeli forces, which used bullets and tear gas.

The Prisoners Association said that Israeli forces arrested Mustafa Saleh Mizher although he is with special needs. Two young men were also arrested and taken to an unknown place.