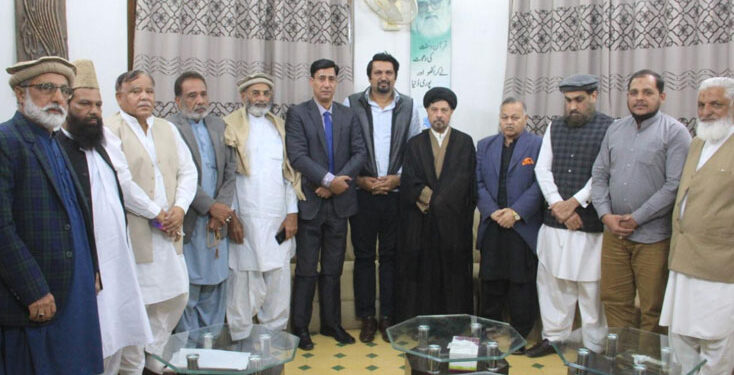 Addressing the conference, Secretary-General of Palestine Foundation Dr. Sabir Abu Maryam said that Palestine Foundation Pakistan Kashmiri The right of the people demands restoration of self-determination. According to UN resolutions, Kashmiris should be given the right to self-determination. The issue of Kashmir and all our differences in Palestine have no place. We continue the struggle for the independence of Palestine and Kashmir.

Addressing the conference, Muslim Pervez said that we have always supported Palestine and Kashmir cause. Every person of Pakistan is with Kashmir and Palestine cause.

Allama Qazi Ahmed in his address to the conference Noorani said that India has the worst history of atrocities against humanity. Kashmir is the lifeblood of Pakistan and Palestine is the lifeblood of the Islamic world. We fully support the ongoing struggle for the independence of Kashmir. Has been stripped. The right to freedom is denied. The speakers demanded that the government take practical steps for the Kashmir issue beyond the policy of protests.