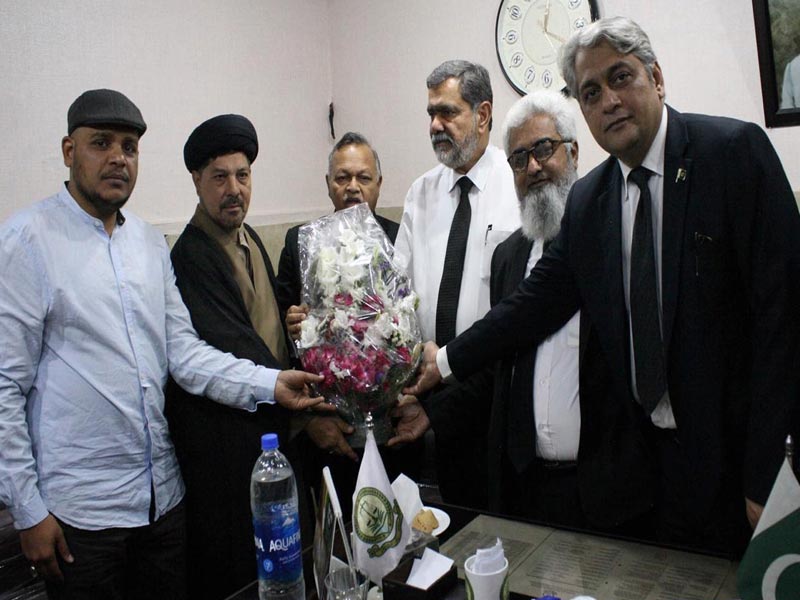 President Naeem Qureshi expressed his deep grievances and reservations about discussion of normalization with Zionist’s fake regime of Israel.

President of KBA categorically condemn all those elements are involved to start discussion about normalization between Pakistan and Israel. He said these kinds of theories and elements are great betrayal with ideology of Pakistan. Lawyers will never tolerate any kind of relation with Zionist’s fake regime of Israel.

Talking to the delegation of the Palestine Foundation, Karachi Bar Association President Naeem Qureshi and Secretary Amir Saleem said that the lawyer’s community has always supported Palestinian cause and has given right and right. To argue that the lawyers and the Karachi Bar Association are with the Palestine Foundation Pakistan and all types of practical measures will be taken for the settlement of Palestinian cause.

They condemn OIC role top sort out and solving the issue of Palestine and Kashmir.

The leaders of the Palestine Foundation, Pakistan thanked the officials of the Karachi Bar Association, and were also presented to bucket of flowers and Sweets for their success in latest elections of KBA. The large numbers of lawyers on this occasion was present in the Karachi Bar.