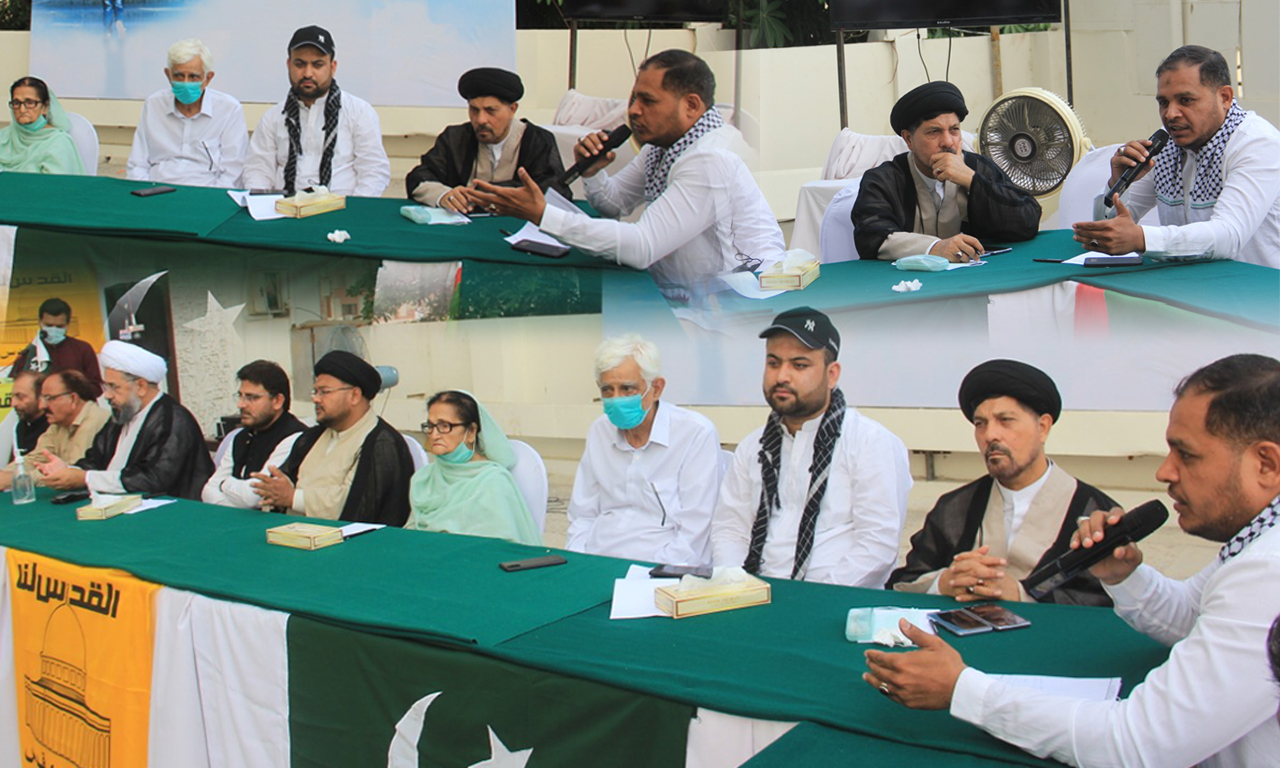 KARACHI (PNIC): Dr. Sabir Abu Maryam, Central Secretary General of Palestine Foundation Pakistan, has said that recognition of Zionist’s fake regime Israel and establishing relations with it is a betrayal with the Muslim Ummah. He expressed these views while addressing the Al-Quds Conference organized by Imamia Students Organization Pakistan Karachi Division.

The Secretary General of Palestine Foundation Pakistan said that Palestine is going through a critical period in its history and the first Qibla of Muslims is in danger therefore it is the basic duty of the Islamic Ummah to fight for the defense of Al-Quds. He said that the Muslim Ummah refers to the governments of the Islamic world whose unity and solidarity can only lead to the liberation of Palestine. He said that the rulers of some Arab countries, by putting their personal interests ahead of the interests of the Muslim Ummah, have declared their recognition of the Zionist state of Israel and established relations with it, which not only stabbed the Palestinians in the back. It is like a serious betrayal with the whole Muslim world. He called on the Arab rulers to reconsider their decision on relations with Israel and not to allow the feelings of the oppressed Palestinian people, including the Muslim Ummah, to be hurt.

Dr. Sabir Abu Maryam said that last Friday of month of Ramadan should be officially celebrated as International Al-Quds Day and a resolution in favor of Palestine should be tabled in the Parliament as well as a call on Muslim countries around the world for the liberation of Palestine and the destruction of Israel. He demanded the government of Pakistan to root out the elements in Pakistan who raised their voice against the Kashmir cause and Palestine, and to punish the elements working for Israel by punishing them severely.