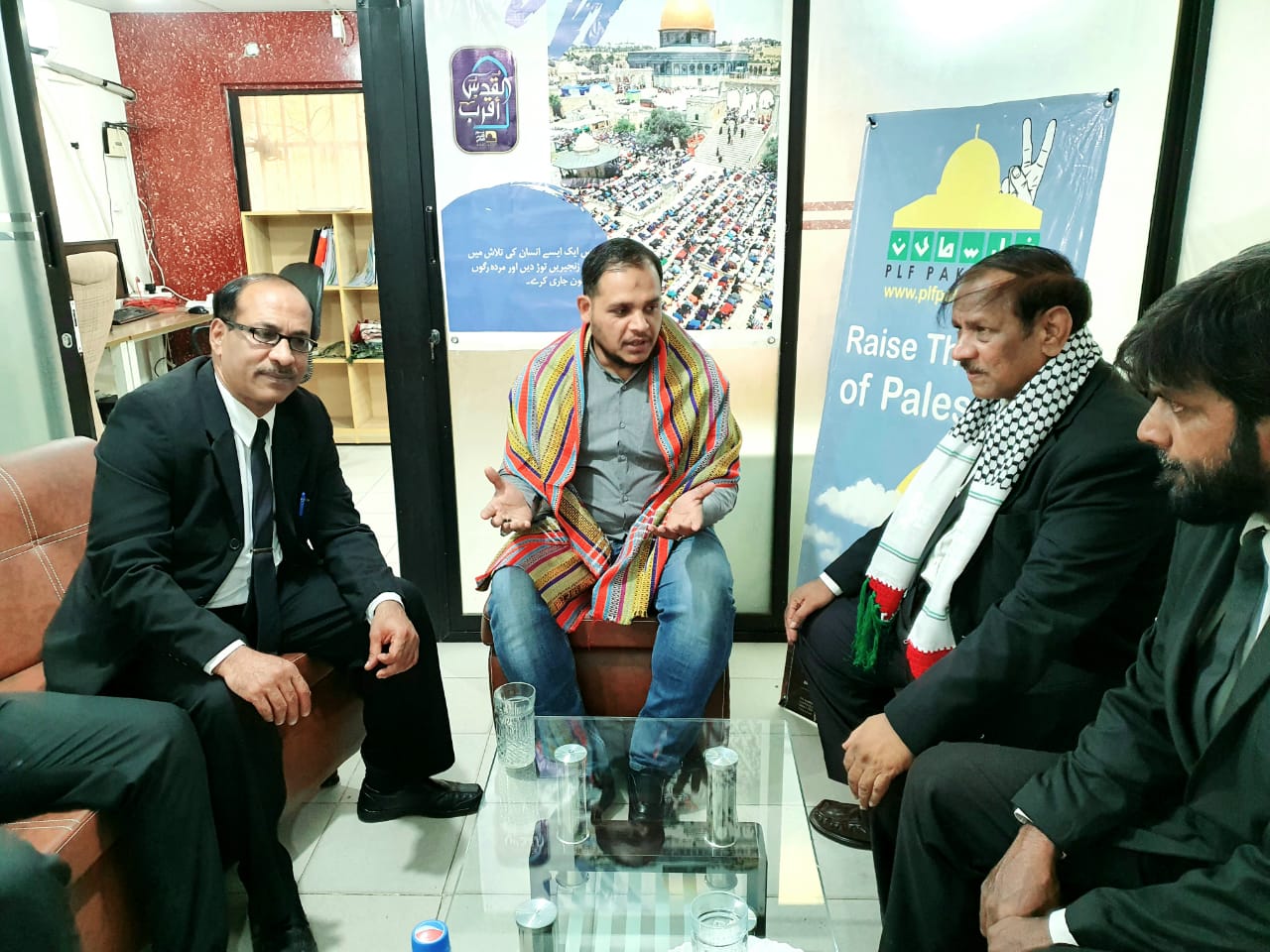 Karachi: Our struggle and war will continue till the end of Zionism. These views were expressed by Nasir Ahmed Advocate, Chairman International Lawyers Forum (ILF) during a special meeting with Dr. Sabir Abu Maryam, Central Secretary General of Palestine Foundation Pakistan (PLF) on Thursday.

A delegation of ILF visited the Central Secretariat of Palestine Foundation Pakistan and expressed full solidarity with the Palestinian people and paid tribute to the services and tireless struggle of PLF Pakistan.
ILF Chairman Nasir Ahmed Advocate said that the issue of Palestine is not a domestic issue but a global humanitarian issue and the legal community has always been with the Palestinian cause. On this occasion, he expressed his full support for the services and struggle of the Palestinian people and the resistance groups active for the liberation of Palestine, especially Laila Khaled, George Habash, Hamas, Islamic Jihad, Popular Front and Hezbollah. 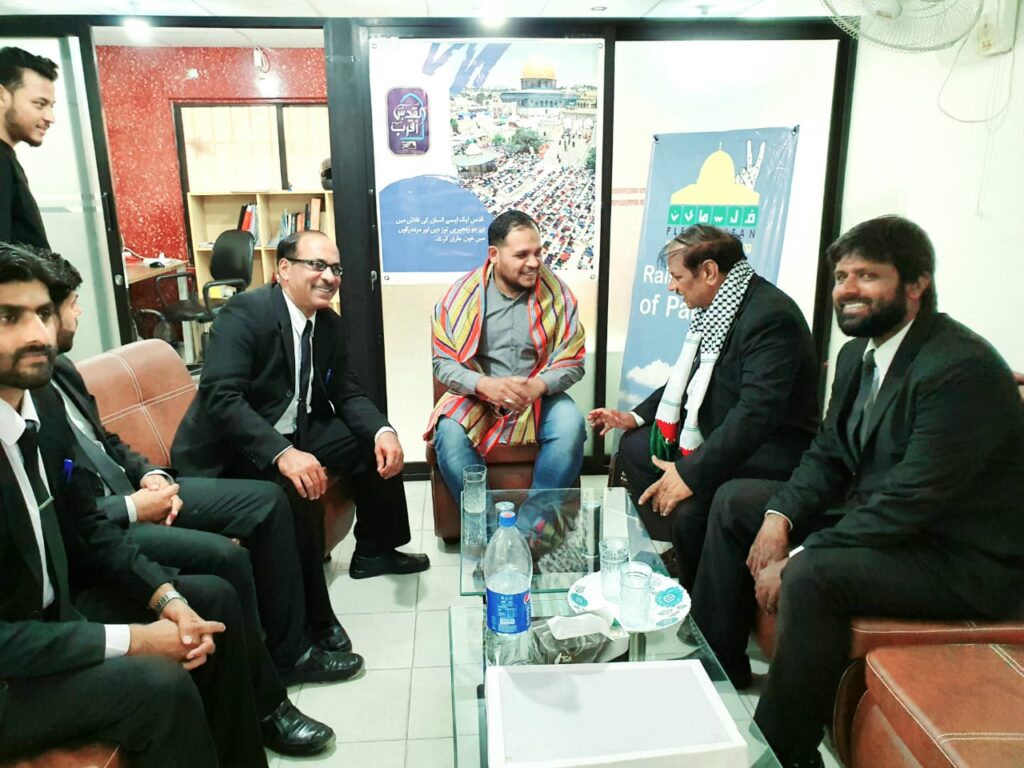 A nationwide campaign would be launched on the occasion of International Solidarity Day of Palestine in November while holding a big rally in Karachi, he added.

He invited Chairman Nasir Ahmed to participate in the Palestine solidarity cycle Rally for which the ILF officials thanked him and assured their participation in the said event. 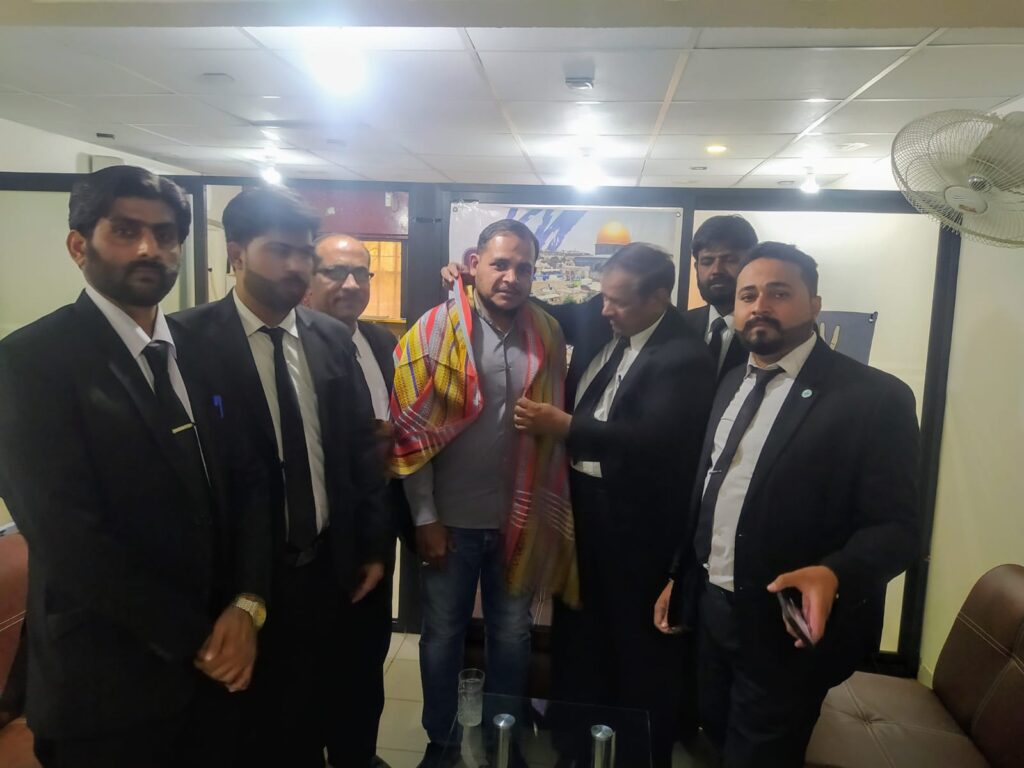 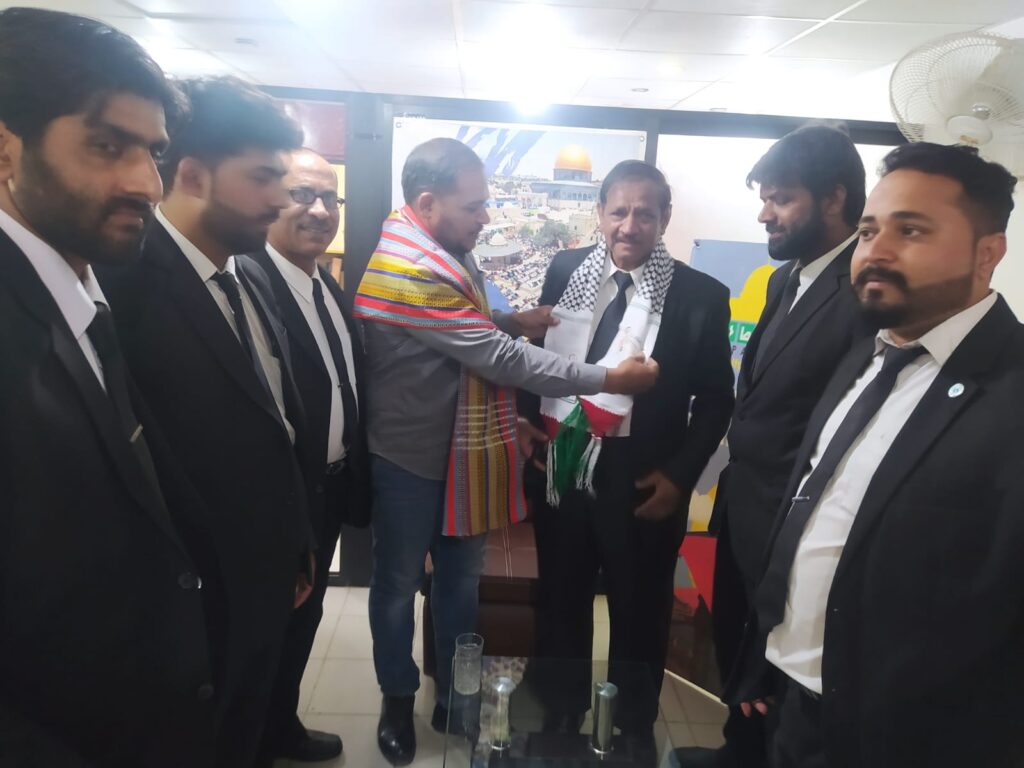