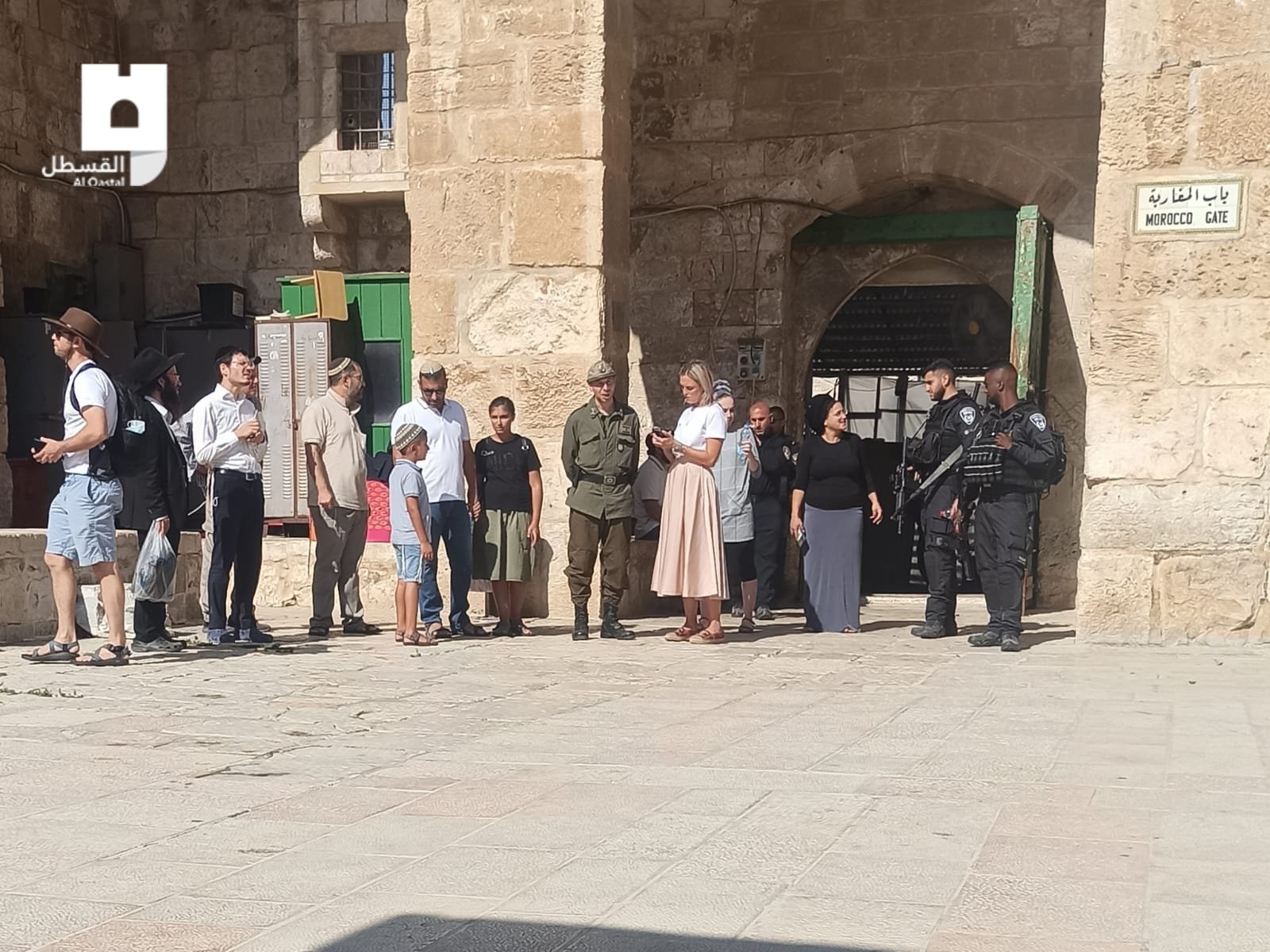 Under the occupation forces protection, over 100 Israeli settlers broke into the courtyards of Al-Aqsa Mosque during the morning break-in session.