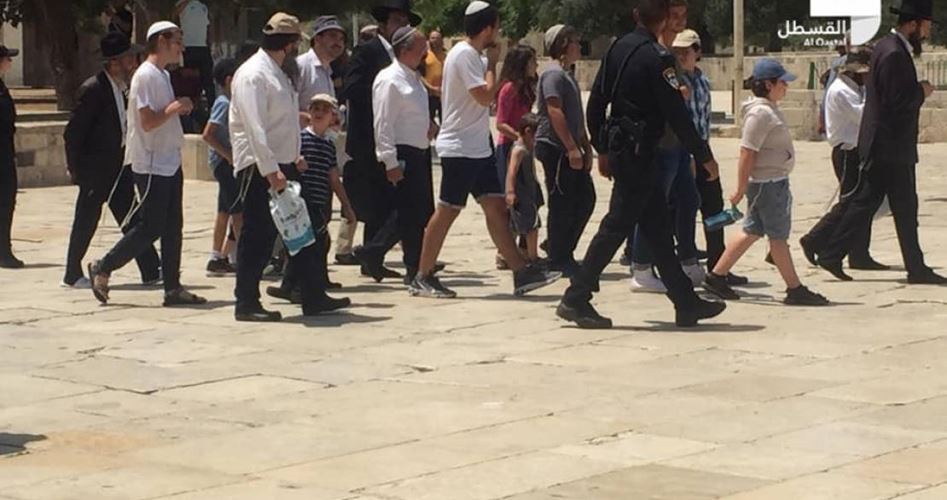 Under the occupation forces protection, over 90 Israeli settlers have broken into the courtyards of Al-Aqsa Mosque during the morning break-in session.

The settlers’ storming of the mosque is continuing till these moments.

The settlers have entered through the Al-Mughrabi Gate, and till now, they are provoking the Palestinian worshipers in the mosque courtyards by performing Talmudic prayers and having interviews.

Among the intruders is a former Israeli member of the Knesset, Moshe Feiglin, who also has an interview at the courtyards of the holy site.