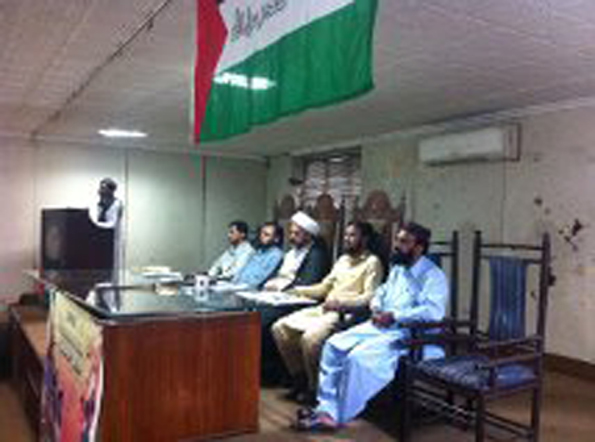 Speakers at a seminar on “Palestine is a country of Palestinians” said that United States and Israel are world’s terrorists.

They said that Pakistan’s people and political and religious parties support Palestinians and they will continue their support in future as well.   They said that the wave of Islamic awaking in Middle East and North Africa is a positive sign and it will help bring freedom and independence to Palestine. They said that the U.S. and Israel were involved in terrorism in Pakistan and their plots are aimed at creating division between Pakistanis and rest of the Ummah. Video message of Hamas leader Mahmoud al Zahar and a video documentary were also shown at the seminar in which a large number of people attended.