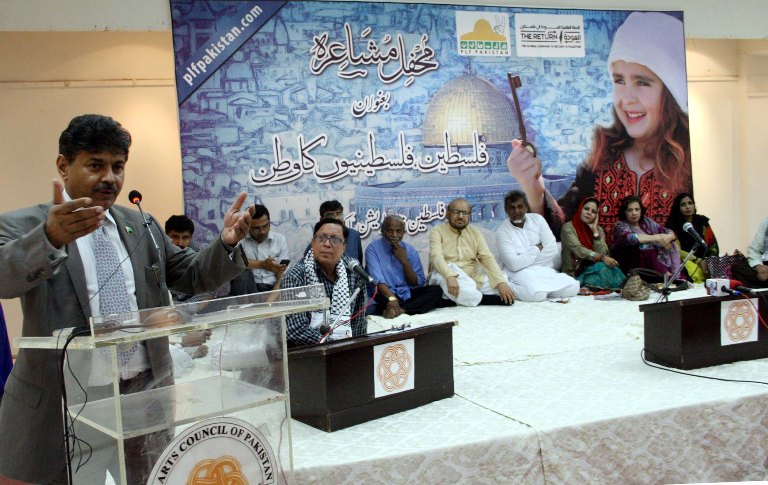 (PNIC) – A grand Congregation of poets in solidarity with oppressed people of Palestine to marking 68 NakbaDay anniversary as “Palestine is the homeland of Palestinians” held at Arts Council of Pakistan Karachi on 12 May, Thursday.

A grand poetry event was organized by Palestine Foundation Pakistan to observe 68 NakbaDay anniversary of Palestine as under ongoing week-long campaign “Palestine is the homeland of Palestinians”.