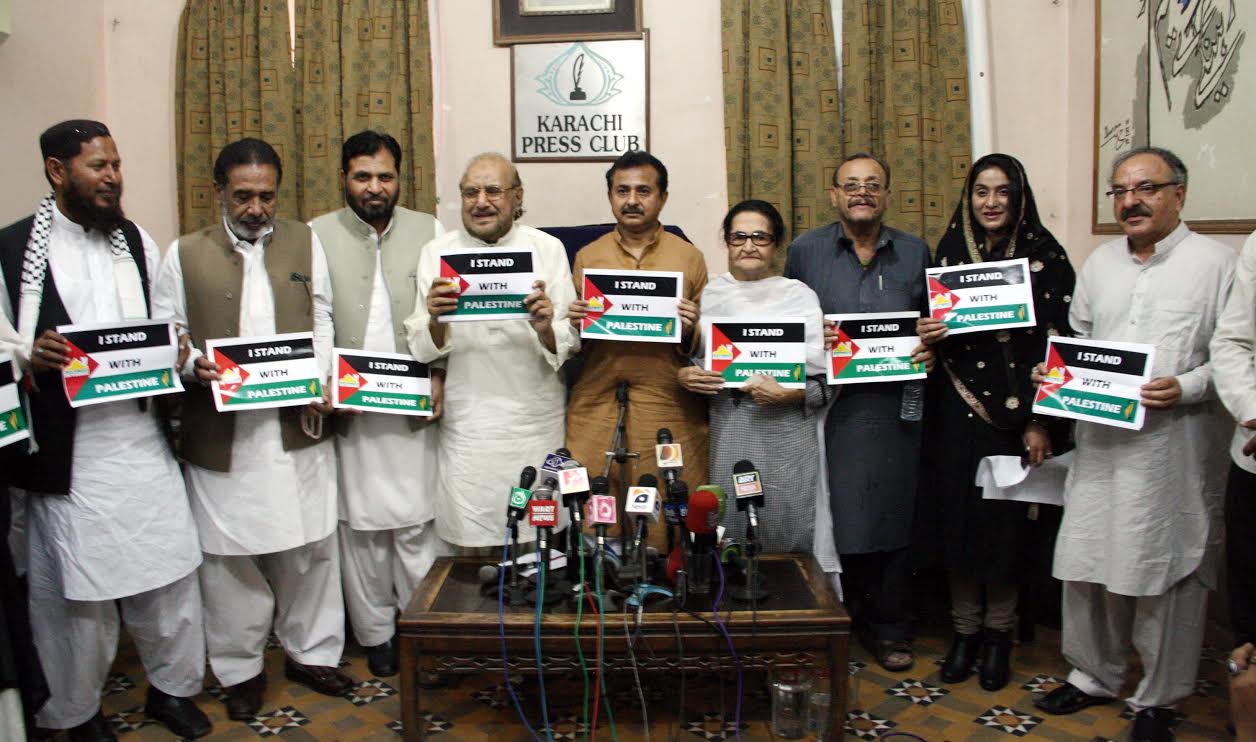 Palestine is the homeland of Palestinians, Palestine has no choice but Resistance, and people of Pakistan are with Palestinians. Said by Politicians in Joint press confernce.

The US is involved in all conspiracies be it mass murder of Palestinians or Zionist occupation of Qibla e Awal, the US is the guardian of Israel. APPC

They said “On one hand, occupying Israeli military and Zionist forces have high jacked Bait ul Muqaddas since past two weeks and have stopped Palestinians from entering the mosque whereas on the other hand, they have been cruelly attacking innocent Palestinians as a result of which more than 30 Palestinians have been martyred and more than two thousand injured. The cruelty of Israeli military has reached to the extent that they also brutally murdered a women volunteer of Human Rights Watch. Mass murder of innocent Palestinians and occupation of the first Qibla everything is happening under the guardianship of the US.

Leaders of Pakistan’s political and religious parties praised Government of Pakistan’s condemnation of Israel’s terrorist activities and said that the whole Muslim Ummah should play its role in the biggest issue of Islamic world. They also asked the Government of Pakistan to practically come forward and support Palestinians’ third Intifada Campaign. Leaders, while condemning the callousness of Arab rulers, demanded that Arab and Muslim leaders should keep away their personal interests and discontinue all kinds of diplomatic and trade links with Israel in solidarity with Palestinians and for the liberation of the first Qibla.

Political and religious leaders of Pakistan said “Aqsa mosque is not only Muslims’ first Qibla rather the heart of Islamic world and Israel is like a dagger however, neither any Israeli conspiracy nor any of their cruel act will be tolerated”. They urged the UN and the international community to play their positive role otherwise serious consequences will have to be faced. Speakers also declared it as the basic right of Palestinians to stand against Israel and said that the people of Pakistan are with Palestinians and strongly support their every campaign, especially the third Intifada.