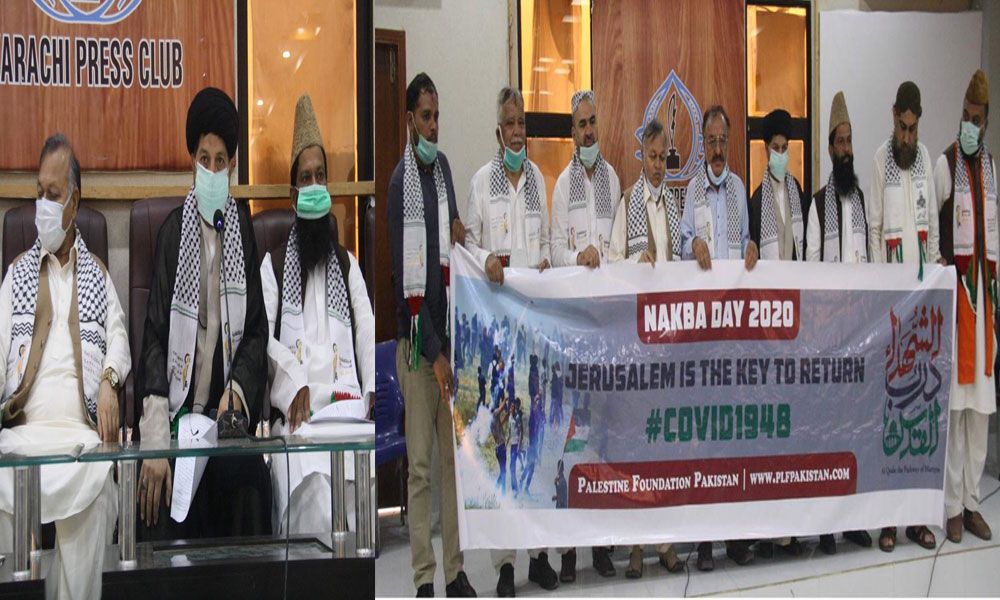 Karachi(PNIC) Palestine Foundation announces Quds Liberation Week from May 15 to 22 during which they would run campaign to highlight the Palestine Issue.

PLF Pakistan leaders made this announcement, while addressing a press conference in Karachi on Wednesday.

He said that Palestinians have been fighting Israeli Coronavirus since 1948.

He further said that Israeli Coronavirus has maintained lockdown of Gaza for last 13 years.

Palestine Foundation urged people to flutter Palestine flags on rooftops and from windows on International Quds Day to express solidarity with the oppressed Palestinians.

Former MPA Mehfooz Yar Khan said that Palestinians must not be left abandoned to face Israeli crimes and Covid-19.

He said that they would also hold online competition, including questions answers and essays on Palestine issue.