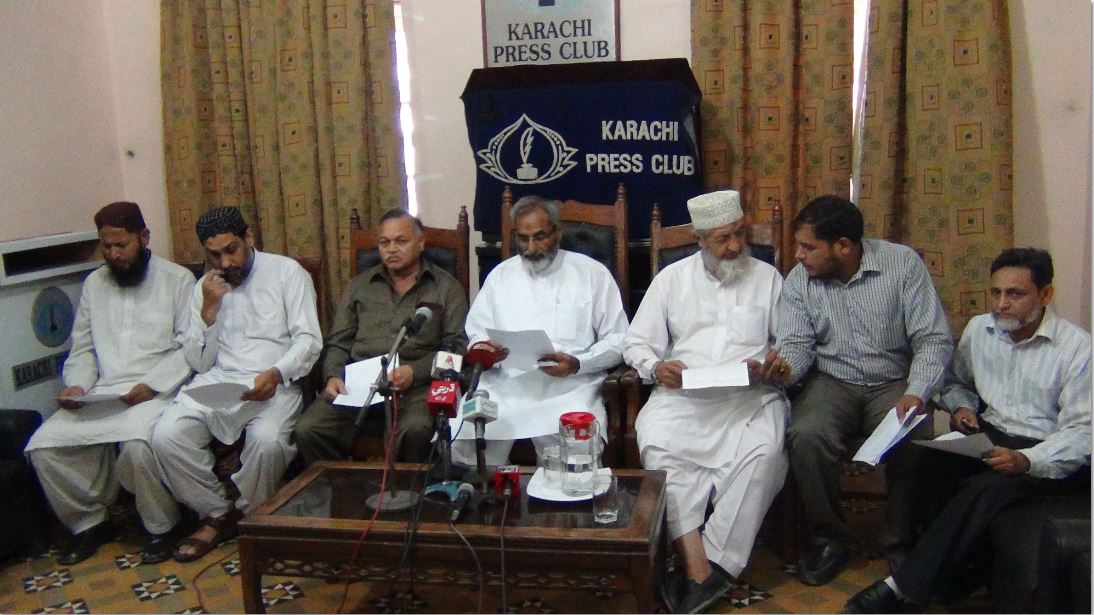 Palestine Foundation (PLF) Pakistan has announced on Thursday a weeklong program to commemorate the anniversary of Nakba (Catastrophe Day).

“Notorious Zionist terrorists imposed an illegitimate state of Israel on the sacred land of Palestine by massacring Palestinians and forced them to leave their homeland in May 1948 and that day was called Nakba Day in the history of Palestine,” said Sabir Karbalai, spokesman for the PLF at a joint press conference of his PLF’s central committee of patrons.

They said that the Nakba week would begin on Friday May 9 when pro-Palestinian Muslims would stage a demonstration outside Memon Masjid Bolton Market. Students of religious seminaries will stage a rally in front of Karachi Press Club on May 13. Same day, an All Parties Conference will be held in Quetta.

On May 15, an APC will be held at KPC in Karachi where speakers will elaborate on the legitimate rights of Palestinians. Same day a seminar on Palestinians right to return to Palestine will be held in Islamabad. On May 15, demonstrations and rallies will be staged in Lahore, Multan, Hyderabad and other parts of the country. From May 9 to 15, conferences and exhibitions would also be held.