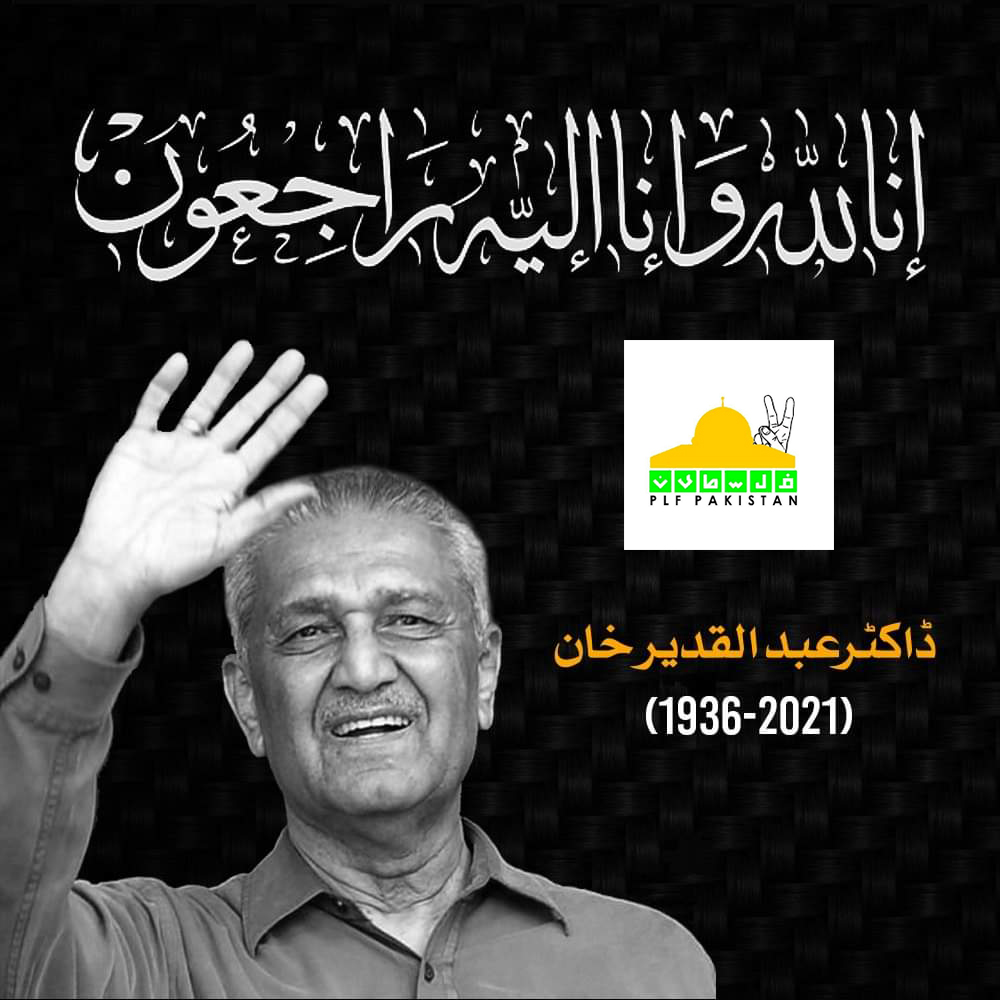 Karachi: The Patron members of Palestine Foundation of Pakistan (PLF) said that Dr.Abdul Qadir Khan was a great asset of nation. He served not only Pakistan but also the Islamic world, his services will always be remembered, they said: