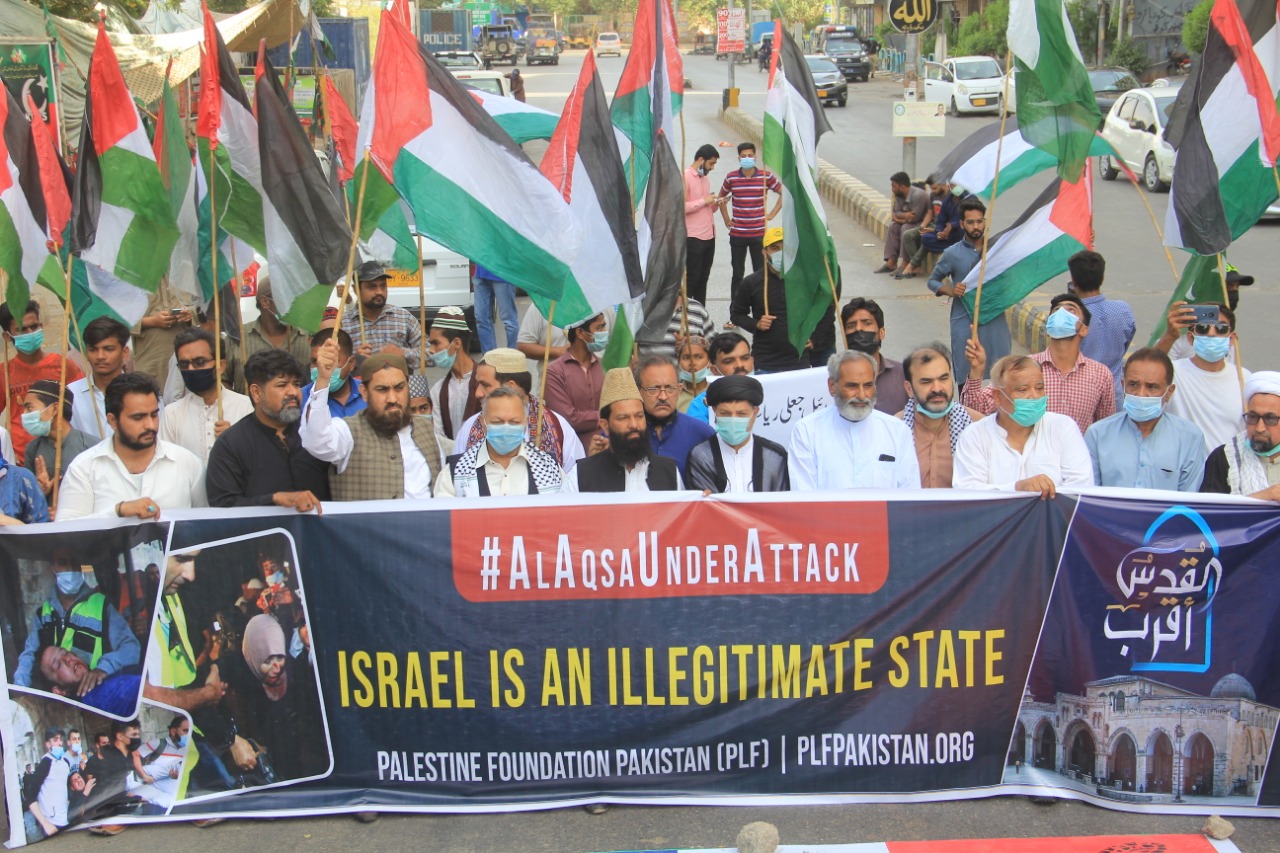 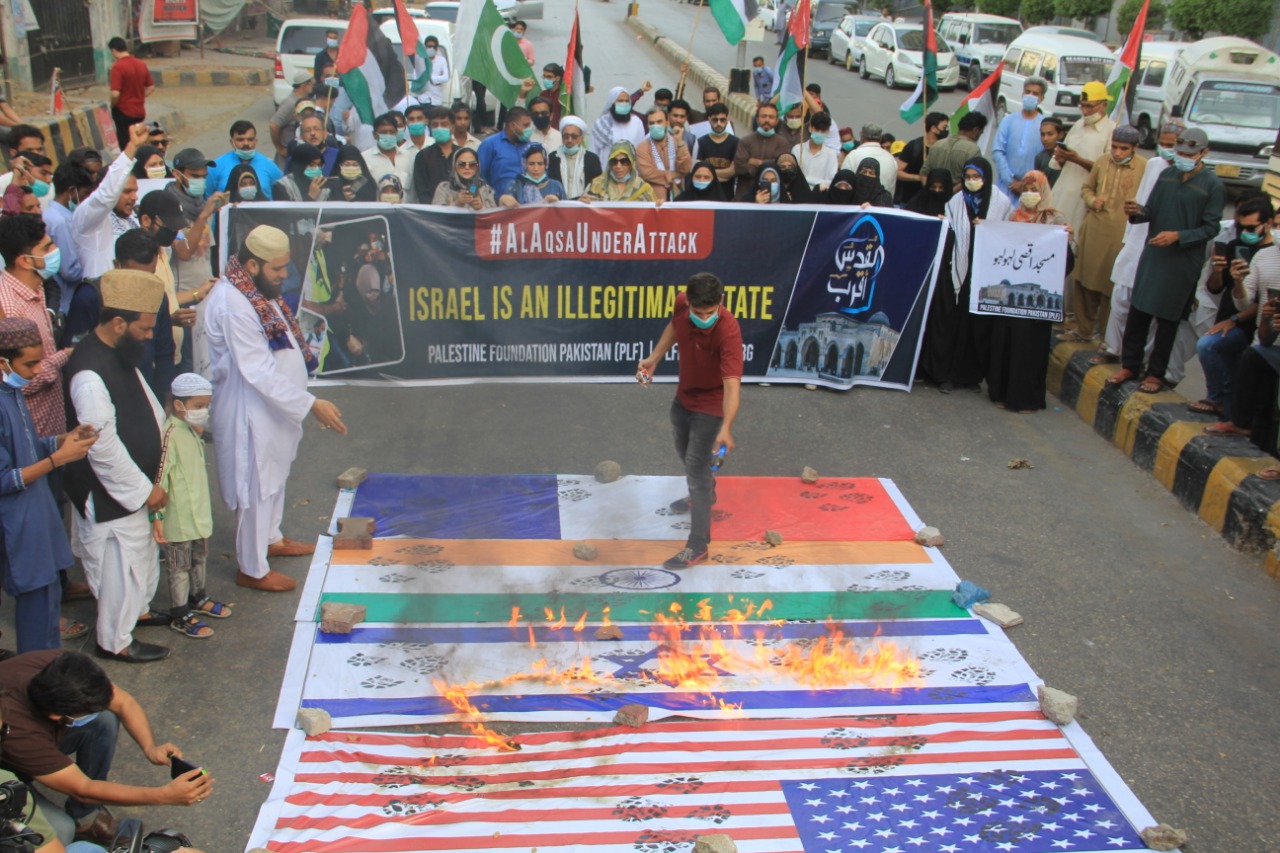 Addressing the participants, the speakers of the protest said that after Palestine and Kashmir, the Zionists have also warmed up the game of terrorism in Afghanistan. They further said that Israel wanted to destabilize Pakistan by spreading instability in Kashmir and Afghanistan. They  strongly condemned the terrorist attack on an educational institution in Afghanistan two days ago. The speakers added that the responsibility for terrorist attacks in Afghanistan lies upon United States and its illegitimate child Israel who is fueling ISIS in this region to weaken Muslim Ummah. They reiterated that the people of Pakistan would not hesitate to make any sacrifice for the defense of their first Qibla which is Al Quds. The speakers expressed outrage at the Arab countries’ relations with Israel and urged on Israel-friendly Arab countries to respond to the blasphemy of Jerusalem and the massacre of Palestinians. The leaders questioned the performance of the international community and international human rights organizations, saying that the international community and institutions have become insensitive, Israel is the greatest enemy of human rights but the Western world is patronizing Israel. 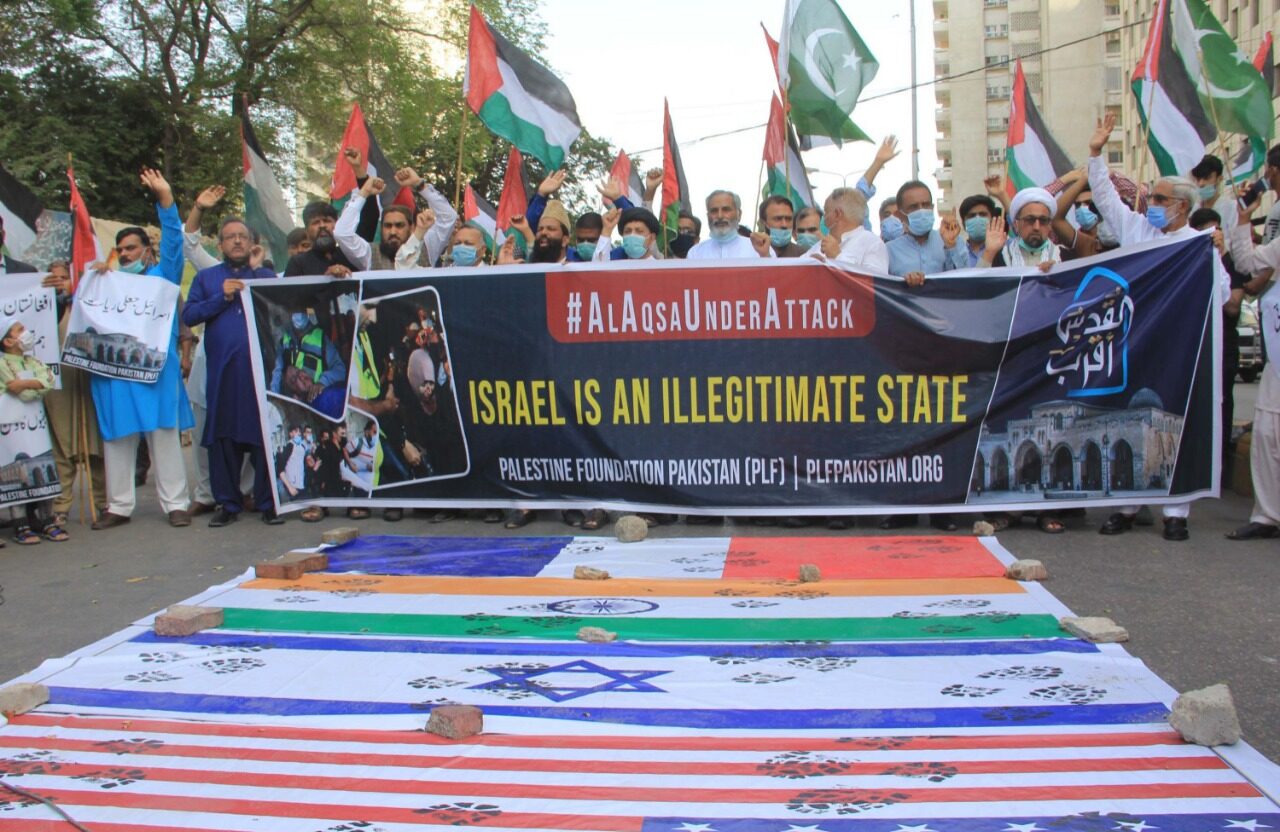 They asked that if the Western world was a champion of human rights, then it would have to abandon double standards. On the occasion, the protesters chanted slogans of solidarity with the Muslims of Afghanistan and vowed that the war against India and Israel and USA will continue till the independence of Indian occupied Kashmir and Palestine.
Related Topics:ISRAELpakistanPalestinePalestine Foundation PakistanthirdintifadaUnitedForPalestine