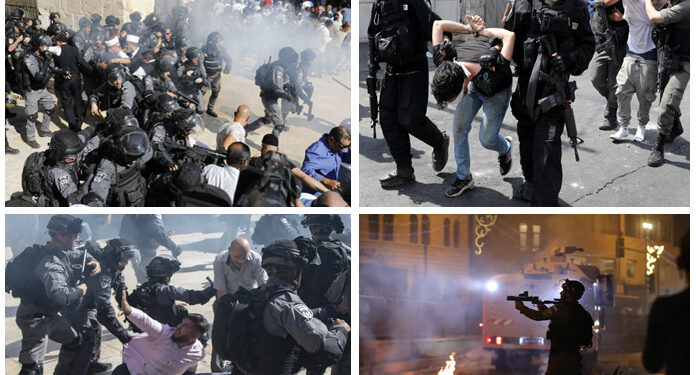 KARACHI (PNIC):- In a statement issued by the office of Palestine Foundation Pakistan (PLF), Dr. Sabir Abu Maryam, Secretary General of PLF, has said that Muslims and Christians living in occupied Palestine are being subjected to atrocities by Zionists, Palestinians are being targeted in places of worship and mosques.

The Palestine Foundation Pakistan has strongly condemned the recent Israeli attacks and aggression on Al-Aqsa Mosque, saying that Palestinian Muslims were targeted during worship at Al-Aqsa Mosque, as a result of the Zionist aggression. Are injured

“Muslims and Christians living in occupied Palestine are all being subjected to Zionist atrocities, and Palestinians are being targeted in places of worship and mosques,” the statement said.

The statement also described the bombings in Afghanistan as Zionist acts of terrorism and said that the Zionist invasion of the first qiblah and the terrorist attack on a girls’ school in Afghanistan were a continuation of Zionist terrorism in the region.