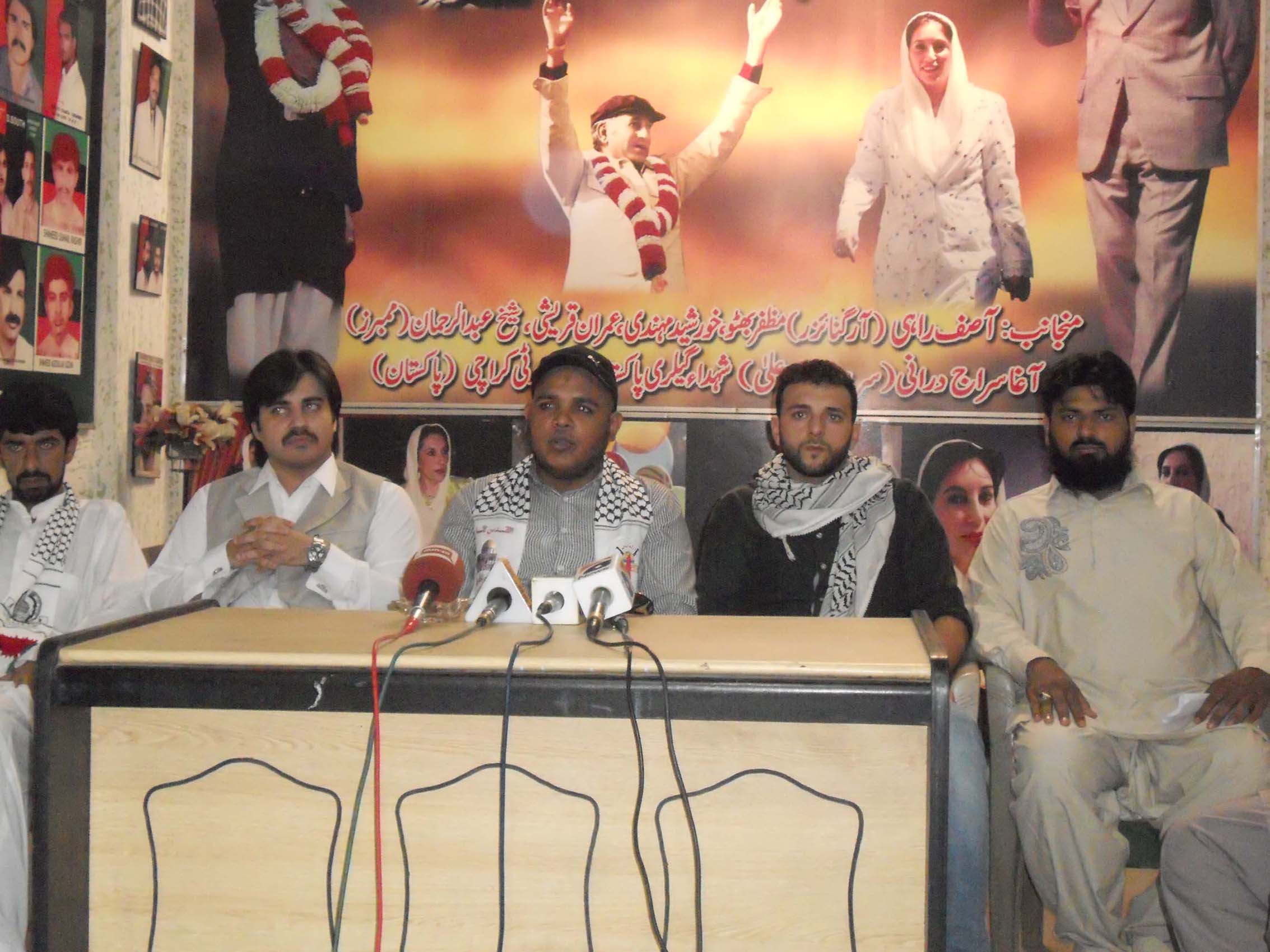 Palestine Foundation (PLF) and students organisations have announced they would stage a peaceful demonstration outside United Nations Karachi offices on May 14,to express solidarity with Palestinians on 64th anniversary of Nakba Day.

The PLF and students organisations leaders made this announcement at a joint press conference at Peoples Secretariat. Those who spoke were: Sabir Karbalai, central spokesman of PLF, Faisal Shaikh, president, Peoples Students Federation, Khalil Satti of Muslim Students Federation, Mohammad Fadal of General Union of Palestinian Students,Hafiz Bilal of Islami Jamiat Talba,Abdul Basit of Anjuman Talba Islam,Alamgir Khan of Insaf Students Federation,Bakhtawer Shah  of Pukhtoon Students federation and others. They urged the students and youths that they must hold special programmes on Nakba Day on May 15 in all over Pakistan. They said that May 15 was the day of catastrophe and disaster for Palestinians by the Zionists who proclaimed establishment of Israel on May 14 and forced more than 700,000 Palestinians for displacement. Their lives and properties were attacked ferociously.   They said Palestinians were languishing in other countries and long for return to their homeland Palestine. But, United Nations, international community and human rights organisations have failed to ensure their return to Palestine. They said that 64 years have passed but right of Palestinians to return Palestine has not been attained. They said that United States, Britain, France and such other countries played a dirty role. Their criminal silence encouraged Zionists to intensify the persecution of Palestinians.    They demanded of the world governments and Pakistan government as well to play an active role and demand formally at the relevant forums for immediate return of Palestinians to Palestine. They said that nobody wants an anti-Jews approach but they propose that future of Palestine should be decided through a referendum by Palestinians be they are Arabs (Muslims and Christians) and be they are Jews. The PLF and students organisations have demanded the governments of the world that they also play their role for the release of Palestinian prisoners. On this occasion, Faisal Shaikh, PSF president said that PSF would host the seminar on Palestine is country of Palestinians