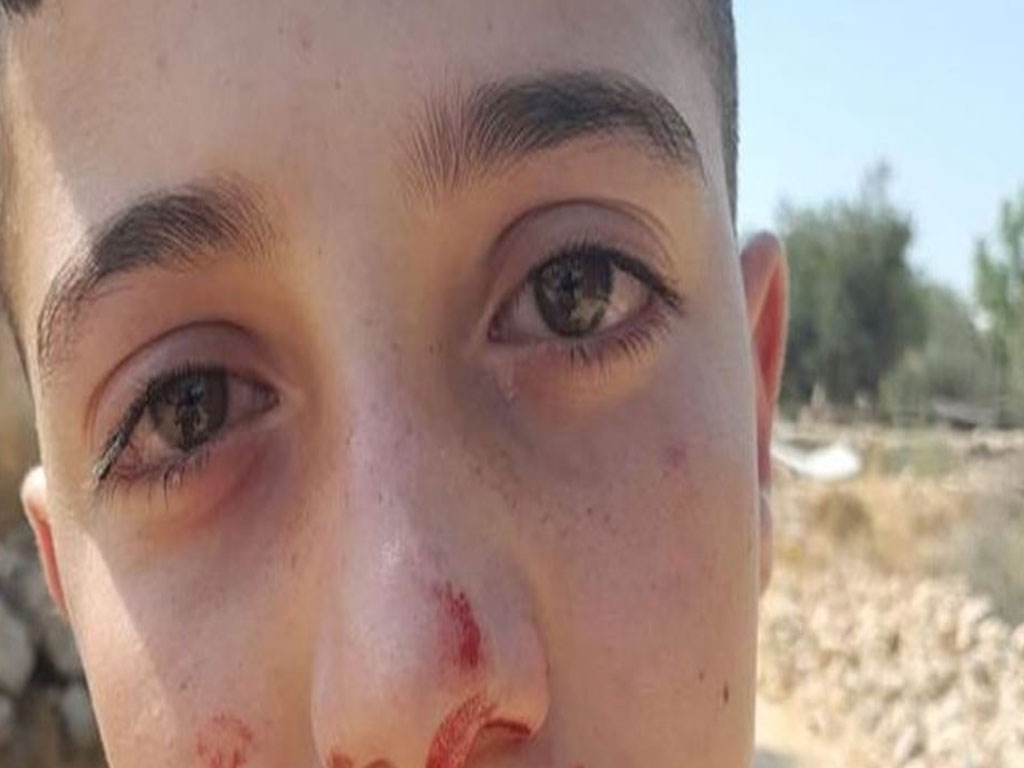 AL-KHALIL – A horde of extremist Jewish settlers assaulted and injured a Palestinian child on Monday during his presence near his home in al-Khalil City.

According to local sources, armed settlers from the illegal settlements of Beit Hadassah and Ramati Yishai savagely beat 13-year-old Islam at-Tamimi and wounded him in his head during his presence outside his house in the Old City of al-Khalil.

Eyewitnesses said that the assault on the child happened in full view of Israeli soldiers.

In another incident, Beit Hadassah settlers attacked on the same day the house of the Sidr family in ash-Shallala street in al-Khalil City.

Eyewitnesses said that those settlers encircled the house and embarked on smashing its windows, which caused panic among children and women from the family.

Meanwhile, a Jewish fanatic from Karmiel City in the Galilee (1948 occupied Palestine) tried to kill an Arab family with a sword he was carrying in his car.

According to a video recording released by the family, a Jewish man in his 70s stopped his car in the middle of a road and attacked, while holding a sword, a vehicle boarded by a Palestinian family.

The footage showed children and women screaming in fear as the assailant desperately trying to open their car’s doors in order to kill them before fleeing the scene.