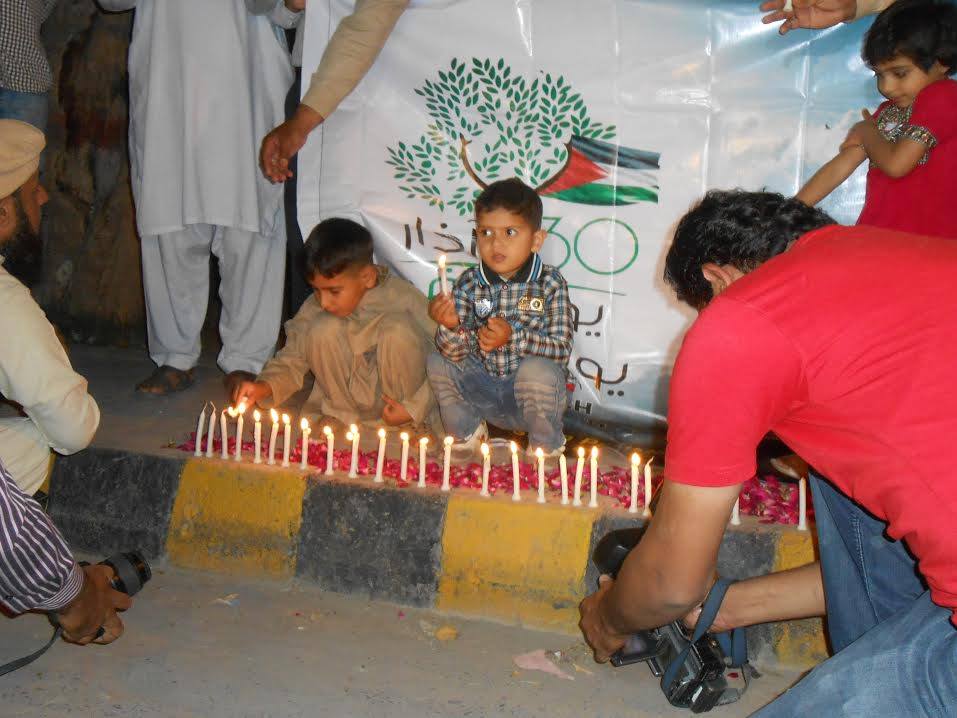 Pakistani nation’s unity on Palestine issue was witnessed in Multan where supporters of the Palestine Foundation of Pakistan (PLF) observed Palestine Land Day to express solidarity with the Palestinians burying their political differences.

Their unmatched unity at the candle vigil reflected the unwavering support of Pakistani nation to the just and legitimate Palestine Cause. They raised slogans in support of Palestinians and also chanted death to Israel and down with the U.S.

Speaking on the occasion, they expressed solidarity with Palestinians and condemned the Zionist Israeli attacks and grabbing of their sacred land. They demanded the United Nations, Organisation of Islamic Conference (OIC) and Arab League to taken practical steps for establishment of an independent Palestinian state with al-Quds as it capital.