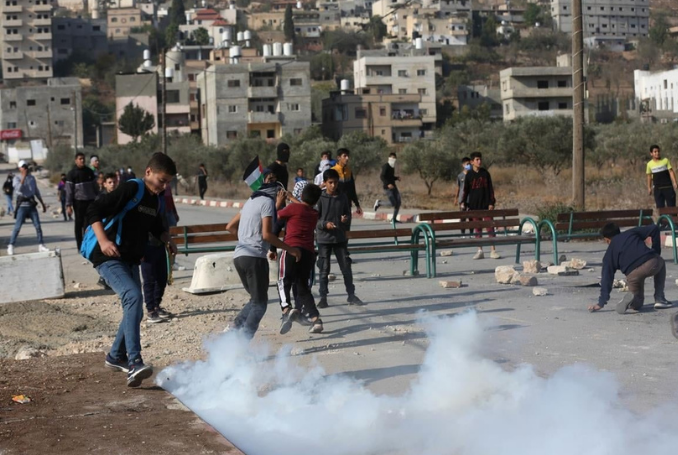 Israeli forces on Thursday attacked a Palestinian school with teargas canisters in Burin, near Nablus, forcing the school administration to evacuate students and teachers to ensure their safety, the official Palestinian news agency WAFA reported.

Palestinian residents also managed to fend off an Israeli forces’ attack against two schools in the Nablus area.

Israeli army previously carried out numerous attacks, with the deliberate and reckless use of force, against schools and educational facilities across the West Bank in violation of international law.