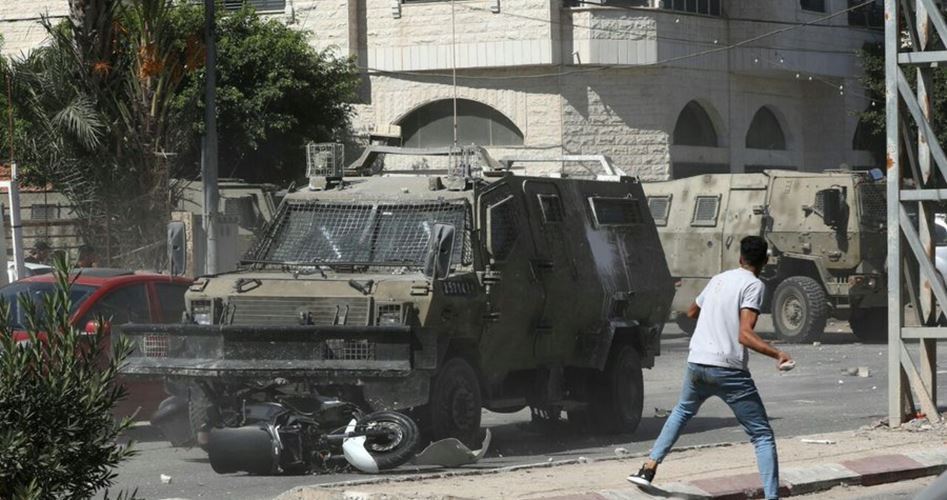 A Palestinian teenager was injured by live ammunition on Thursday morning during clashes between local youths and the Israeli occupation forces (IOF) in Bireh City in the central West Bank.

According to local sources, a teenager suffered a bullet injury in his knee when the IOF used live ammunition during confrontations with local youths in Jabel at-Tawil area in the east of Bireh City.

Clashes also broke out between Palestinian youths and Israeli soldiers in different areas of al-Khalil province.

Local sources said that youths clashed with the IOF at the Abul-Rish checkpoint in the southern area of al-Khalil City as well as in al-Fawwar refugee camp, Beit Ummar town and al-Arroub refugee camp.

The sources added that the IOF used tear gas canisters and live bullets intensively during the events in al-Khalil.