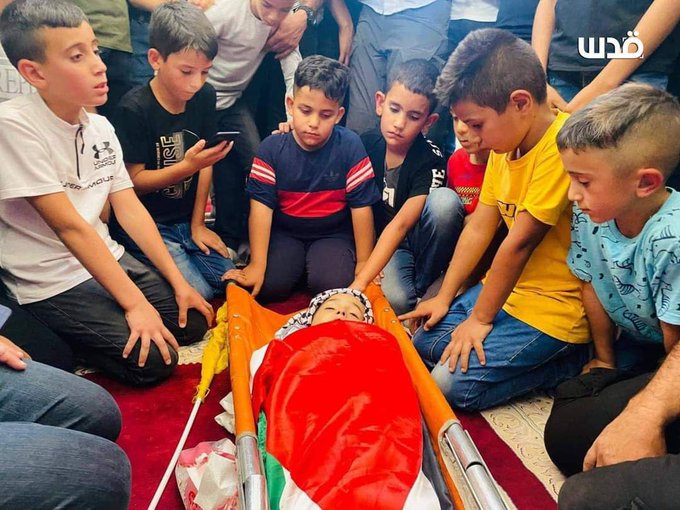 Hundreds of Palestinian mourners participated today in the funeral procession of a 7-year-old boy who died in the occupied West Bank on Thursday while being chased by Israeli forces.

The funeral procession took part in the village of Tuqa, southeast of Bethlehem, where the child Rayan Suliman died on Thursday after his heart stopped beating out of fear while being chased by Israeli occupation soldiers.

The child’s family members and friends were also able to bid him the last farewell.

The Palestinian education ministry said Suliman died while being chased by Israeli soldiers after he and other students left his school in the Bethlehem District.

Suliman’s father also said that his son was coming home from school with other childs when Israeli soldiers gave chase, and he “died on the spot from fear.”

The education ministry mourned the child as “a martyr” and called on the international community to “hold the occupation accountable for its crimes”.

One day before Suliman’s death, four Palestinian youths were assassinated by Israeli occupation forces during an aggressive raid on the Jenin refugee camp, north of Jenin city.

Since the beginning of 2022, more than 100 Palestinians have been killed in the occupied West Bank and more than 30 in Gaza by the Israeli occupation.